The path to paradise begins in hell

Does this imply it eventually ends at Paradise?

19 Responses to The path to paradise begins in hell

I wonder if this is the idea for the sequels

It could be in a skewed way since we all know what happens with Alien.

The Protomorph sure looked mad as hell...

nin- the Devine Comedy concept is interesting. What would you think reaching paradise in this series would be? All I can think of is dying before things get even worse.

Im not sure.I think of Shaw wanting to meet her gods,first she went through hell,the journey to paradise might be purgatory you know caught in between,then she reaches Paradise.Now we have the Covenant journeying to Paradise,but it turns out to be hell.A sequel could but space set(purgatory)and the final one could be Paradise.Then we might finally have our answers.Tough to say though,but it does seem possible.

Interesting. Maybe somehow in a strange way Shaw reaches paradise by getting the "answer"? I had not considered that.

I think I might start with this and see where it goes.

Ignore. It is a silent film. I will need to look around more.

One thing I've learned so far is about Dante and Beatrice.Beatrice is Dante's beloved,he used to admire her from afar.David's feelings for Shaw in Prometheus is somewhat similarities.The time i watched it with my mother,she observed that David seemed obsessed with Shaw. 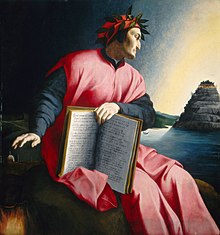 Purgatorio is of particular interest.There are various themes on love and destruction.

Also mankind being punished for there lack of love for god.If we look at the engineers as  our gods than it seems pretty clear that we may be punished by no longer worshipping them.There's also the possible idea of a human civilization on "Paradise" that may have been destroyed for the same reasons.

I would say this place is Paradise... but since some conflict it has now become Hell....  be it a ancient event or at the hands of David.

If we look at this movie being based around that Temple/Cathedral as the Seat of Power in this movie.. the Throne Room if you would.

If Paradise is now Hell, this would make that City Pandemonium

As far as another Human Civilization on Paradise, this is what the Source i had was pointing towards, well teasing.. but never directly confirming.... which i had posted a long time ago and also debated often since.

The Set Visit leaks and comments by Ridley to them do seem to completely add up to what the Source had hinted at...

*The Engineers/Hierarchy have created Life like ours on more than Earth.

*Mankind as of now is like 4th or 5th Generation, there have been previous ones.  And we should not look at us Evolving from Apes and those Generations to Mankind.. but that Engineers fit into this instead.

*Mankind has been to that System before.. (i think they meant Zeta 2 but could have meant Paradise).

*Biblical Events like Punishments from God such as the Flood and others are events that have actually happened within the context to the Plot but not necessarily to Mankind on Earth.

*Hierarchy above the Engineers, can manipulate Worlds and Environments to cause massive changes which include not only Floods, Ice Ages or Seismic/Volcanic Activity but also serve Storms and Lighting that can prove to be Powerful Tools..  The Hierarchy use these to Terra-form Worlds but also to wipe the slate clean.

*Engineers are not the Gods, they serve a greater power and purpose...

*The plot was about creation, rebellion and how creations wants to overthrow creator and then sub-create and repeat.

*This process does not Start with the Engineers and does not End with David and has multiple levels.

*Engineers (LV-223) are more like David, and there is a Horrific Agenda behind their creation and also Mankind.

*Mankind has more of a role in the Xenomorph than Engineers.

*Paradise does not look like LV-223, its more like Ancient Mankinds Mesopotamia and also has some other Ancient Cultures Aesthetic too... includes Greek/Egyptian

I think that would do now, as far as to relate to the so called Prometheus 2 Plot...

And i put these few points (there was many more) as i feel they connect to this Topic... it seems maybe this source is correct as the since the last trailer, and then Set Visit reports and Ridleys comments seem to back up those points i made above.

The quote “The Path to Paradise begins in Hell” could be interpreted in many different ways. It could mean that The Covenant has to answer the distress signal and therefore make a detour into Hell (after which they can continue to their destination - Paradise). Another way of looking at it could be that they (David) find something on the planet which lead them on to finding Paradise (the/another engineer homeworld), in other words - a sequel?

As for the references to Dante, I made a small exposition of it in the topic “Abandon all hope ye who enter here”.

Has anyone brought up that in the prologue of prometheus could be the birth of paradise in alien covenant?.......bigdave.