OvomorphMember0 XPJun-22-2012 12:16 PMI wanted to point out that like and dislike are two horns on the same goat. If you do one you can do the other. I am able to like and dislike this movie. FOR YOU DIS-LIKERS... If you view this as spoiled rich guy throwing a party in outer space...the movie comes across just fine. The fact they stumble on one of the greatest mysteries known and then blow it all says alot about the mom and pop voyage. A scientific or military voyage would have been more your type of film of whihc this was not. FOR THE LIKERS... A spaceship and a mission to see about life elsewhere..an adventure into the unknown and then coming across something that exceeds what anyone would hope to find....the movie enthralls. It makes one think and not stop either GUYS...To recive this type of attention both good and bad only says that the movie moved us to comment. None of us would really waste our time if we didnt care..
13 Responses to THE FACT THAT YOU COMMENT MEANS YOU LIKE ENOUGH TO DO SO

OvomorphMember0 XPJun-22-2012 2:31 PMHelp me out with this one: If I get a meal at a restaurant and my entree is wrong, but they got the side items right, would a complaint to the staff mean that I like the meal or would it just mean that I'm bringing attention to what's wrong with my order? I loved the visuals, but as far as the story and plot (there's a difference between the two) goes, I was "moved to comment" about what annoyed and aggravated me. It's a shame too, because I was eating out at my favorite restaurant...

OvomorphMember0 XPJun-22-2012 2:38 PMIn your fine example...it took eating as the main subject and then went into what happened. Eating still remains the focus. That is my point precisely. We got some guys far-out birthday party in space and then it turns into one unusal voyage upon arrival...Remember, Vickers satement of ...then they do exist and the captain saying...something like...did you think they didnt? You got indiffrent people thrust suddently into a Indiana Jones type adventure and they dont know what to do about it...makes the movie more palatable. You cannot sit still after watching this movie...thats a good movie Your comment is respected Xenotron...

OvomorphMember0 XPJun-22-2012 2:46 PMI don't know if I was completely clear. So here goes: It's not so much that I had problems with what the story and plot was, it was more about how it was presented. Here's another example: You go to a gallery to view art. There are several paintings by the same artist and the subject matter is beautifully painted. But the more you look at it, the more you notice problems. Not so much with the painting itself, but how it's presented. The stretchers are warped and crooked and it doesn't sit straight on the wall. The canvas has knots and sags in it. The frame doesn't quite fit either. Beautiful painting, but shoddy and rushed presentation. Beautiful movie, but shoddy and inconsequential story. OvomorphMember0 XPJun-22-2012 3:12 PMI agree with Xenotron. At a place like, well…let’s say Noma for pure convenience sake, you don't expect them to screw up the main course, especially when the appetizers tasted almost god-like. Like there was so much more to come. Mmhh...njam...njam. However when your meal is served cold and they messed up your order and forgot the certain crucial ingredients or your desert , you are bound to feel disappointed. You’re probably thinking like “ well, at least I’ve been there, but what was all the fuss about…”
You don\\\'t see them fucking each other over for a goddamn percentage!

OvomorphMember0 XPJun-22-2012 6:00 PMAnd to extend the restaurant analogy, it was like I ate out with my friends. I told them going in, "I love this place; it has great steaks." We go in and dine and the meal is just mediocre. No one seemed to enjoy themselves. I feel embarrassed. We exit and I say, "I'm so sorry; it was great the first time I ate there."

OvomorphMember0 XPJun-22-2012 6:01 PMRichie, are you aware of how many grammatical mistakes you are making? 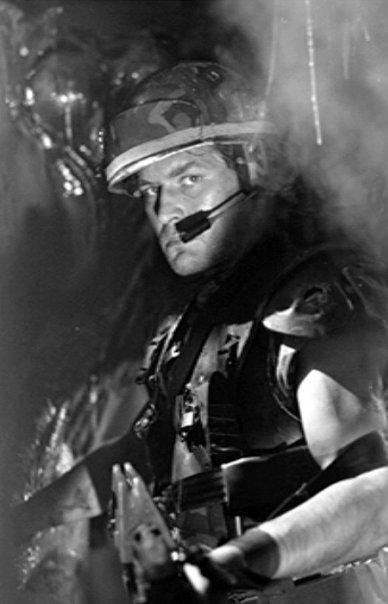 OvomorphMember0 XPJun-23-2012 6:59 AMExcellent metaphors Xenatron. Here is mine. You go to the commode like you usually do. What makes this time special is that nobody is around the house so you can relax and take your time to enjoy the experience. But after it is done; you still have the smell of doodoo in the air. OvomorphMember0 XPJun-25-2012 11:41 PMIf Prometheus is a dish in a restaurant then it is an empty plate served to you by a pompous waiter who claims the dish is simply one of a kind. Sure the silver ware, napkins, and plate are all intricately designed and beautiful to look at, but you're still going to leave with a lighter wallet and an empty stomach.

OvomorphMember0 XPJun-26-2012 11:31 AMA McDonald's McMetheus combo with Prometheus Christmas glassware... how about that for fine dining ?

I dunno, I loved the movie. I have been a fan of the franchise since 1986.