OvomorphMember0 XPJun-21-2012 12:19 AMYep. So my rational in regards to the Engineer situation fits perfectly... If only i could find it now...ugh.

OvomorphMember0 XPJun-20-2012 6:37 PMnice! thanks for posting. I had a feeling that was the translation!
[url=http://www.madmax4-movie.com/]Visit the Mad Max: Fury Road Forums today![/url] 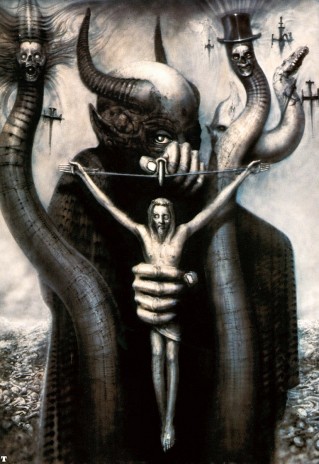 OvomorphMember0 XPJun-20-2012 6:39 PMThis is one of the best and most informative threads I have ever read on this site. TAKE NOTE, Richie.

OvomorphMember0 XPJun-20-2012 6:50 PM And this "[i]instruction for speakers[/i]" (meaning cast members) also from Dr. Biltoo... “A certain care must be taken when producing the distinctive clicks in the language. The[i] gwh[/i] in [i]gwhivah[/i], meaning "life," is a good example. It’s crucial that the pronunciation be clear and emphatic. Air is powerfully pulled IN to the back of the throat after a brief closure in a manner that linguists refer to as [u]ingressive articulation[/u]. This kind of sound is rare in everyday speech on Earth, and so alien to the vast majority of human languages, that it is likely to become an iconic aural signpost for recognizing the speech of the Engineers.”

OvomorphMember0 XPJun-20-2012 7:00 PMAwesome post. I thought it was gonna take longer to get the actual translation or atleast untill the Blu-Ray came out. I thought David said somthing else like " I am not a man but a creation from man " and thats why I thought the engineer got so pissed of because humans were allready making their own sort of life forms. And yes Fassbender stole the show.

OvomorphMember0 XPJun-20-2012 7:05 PMDavid — You're absolutely correct. The [i]gwh[/i] and [i]qwh[/i] of Engineer are quite like [url=http://en.wikipedia.org/wiki/Ejective_consonant]ejectives[/url], but the air has to go in the OTHER direction and they involve the lips at the same time. [u]Very atypical[/u] and [u]alien[/u] to everyday human speech.

OvomorphMember0 XPJun-20-2012 7:06 PMHoly crap. Thank you SO MUCH for posting this. O.O Now we just have wait for the (possible?) extended scene on the DVD/Blu-Ray release to see if any more was said.

OvomorphMember0 XPJun-20-2012 7:12 PM@proteanblue It is well-do***ented publicly already that Fassbender was NOT the only one to learn and perform lines in this language on camera. It is out there in a "can" somewhere... lurking. Who know's what we'll find out if it makes it back into the holy 21 minutes. I personally have EVERY. FINGER. CROSSED. For me, the Engineers and their culture / beliefs / motivations are the core value proposition of this reboot. I have to feel that certain aspects of them are being intentionally KEPT from us so that we'll be motivated by whatever "release" is next in this pre-sequel time frame.

OvomorphMember0 XPJun-20-2012 7:29 PMawesome post - but now we have to know what ALL the text that appears in the film says.. every single inscription.

OvomorphMember0 XPJun-20-2012 7:30 PM@ sukkal I'm crossing my fingers along with you! :D But why would it be necessary for other cast members to learn the Engineer language when, plotwise, only David could read/speak it? Unless some of the cut material completely changes that fact, or includes a scene with David teaching other crew members the language, or something... *wanders off to hope and ponder*

OvomorphMember67 XPJun-20-2012 7:35 PMSoSo it seems David did what he was ordered to do. I am still wondering if he knew from his readings and watching holographic representations of the Engineer in action what the response might be? It appears sometimes a synthetic person is simply a synthetic person, and not a robot seeking alterior motives to screw us. Maybe.

OvomorphMember0 XPJun-20-2012 7:42 PM@ sukkal thanks so much! as you know i have been eagerly awaiting this info! @proteanblue i think in some unused scenes one (or more) of the engineers also speaks. i read something about one of those actors learning "an alien language" this is fantastic, its really amazing that they used this level of detail and logic and put this much effort into language, and even more awesome that the linguistics contributor was able to appear on film like that. this is the kind of detail that , while not crucial to the film, adds that extra little bit which adds up to make a big difference with all the other little details like that. Ridley Scott is not kidding when he says he is all about the whole package. i hope there is more of this kind of attention to detail and realism in the fiction any future films. its awesome to speculate that perhaps a brilliant linguist could potentially follow in davids footsteps and possibly discover this through extreme cross referencing of real ancient language.

OvomorphMember0 XPJun-20-2012 7:49 PM(also technically the engineers in the hologram seem to be speaking but it sounds almost like syllabic sound samples that may not form actual words- not sure if any one has any info on this? )

OvomorphMember0 XPJun-20-2012 8:56 PMI was actually surprised when David didn't break out the flute and play a little ditty! The funny part was how Shaw was sabotaging Weyland by talking over him with all of her rants! It would have been cool if the guy with the shotgun had used the butt end and hit her. That might have explained the Engineer's immediate turn to cold blooded violence as a response...

OvomorphMember1 XPJun-20-2012 9:07 PMAwesome. My own view is that Prometheus has as much of a debt to Blade Runner as it does to Alien, and this reinforces that, in that it is so reminiscent of Batty talking to Tyrell.

OvomorphMember0 XPJun-20-2012 9:41 PM[i]"I was actually surprised when David didn't break out the flute and play a little ditty! The funny part was how Shaw was sabotaging Weyland by talking over him with all of her rants! It would have been cool if the guy with the shotgun had used the butt end and hit her. That might have explained the Engineer's immediate turn to cold blooded violence as a response..."[/i] Ummmmm....he did! LOL Sukkal, Great post! One of the best on this site. I look forward to this and more in the Engineer Language section of the wiki.

OvomorphMember0 XPJun-20-2012 10:03 PMThanks for the confirmation. I kinda thought David might had said something else with the "Doesn't everyone want their parents dead?" quote before they woke the Engineer. This was the only other logical deduction. 5050 split and to be honest I wish he would have said something else. Something to piss the Engineer off.
[IMG]http://i1161.photobucket.com/albums/q507/Engineering211/sig2.jpg[/IMG]

OvomorphMember0 XPJun-20-2012 10:20 PM@Engineering I don't think that whatever David said, it would have mattered. They were nothing to him, except, in his way.

OvomorphMember0 XPJun-20-2012 10:30 PM@Wintermute yes, very much like bladerunner. except that this time the replicant is relaying a human's message rather than demanding more life himself. that is also quite interesting...