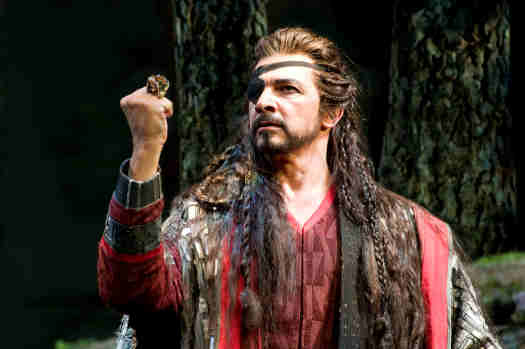 OvomorphMember0 XPMay-24-2012 12:31 PMOk I've been reading alot of posts, (this site is addictive), and I got a question that probably has been asked but I'll lay it out anyway. How did Mother know that Dallas and Kane were both dead, allowing Ripley access to the mainframe? Ripley told Ash that when Dallas and Kane were off the ship, that she was senior officer. How did Mother know that Dallas was dead? Probably she knew that Kane was dead and off the ship after the "funeral", or Dallas logged it possibly in his Captain's Log. Furthermore, we see in the deleted scenes that Dallas was in fact still alive and so....well okay, it's more dissecting of the film, but it's still interesting maybe to pose the question!! Ripley: *beep beep boop*, "Let me in Mother, Dallas is dead and command falls to me" Mother: "Yeah right, Access denied until proof of death is established." Ripley: "Motherrrrrr!!!" Same thing when setting the ship to self-destruct. Only Dallas could do that....since he was, in fact still alive, depending on which version you accept with the deleted scene. I wonder if the crew had those PDTs like the colonists in Aliens?!
17 Responses to Ripley's access to Mother

OvomorphMember0 XPMay-25-2012 12:06 AMIn the novel and screenplay, we get a little into Dallas' psychology. He no longer completely trusts Ash by the time he enters the vents. It is is hinted that he gives the key to Ash purposefully, knowing that Ripley should be given the key should he not make it back, and knowing that Ripley is aware of this. If Ash withholds they key, Ripley would know that her suspicions were right about Ash. Don't forget, Dallas (in the screenplay) also confronts Ash about letting the chestburster survive inside Kane. I think, and this is just my opinion, that Scott and Skerrit chose to play Dallas as much less sure of himself than as he was written. Removing the key bit was a good move in this direction. 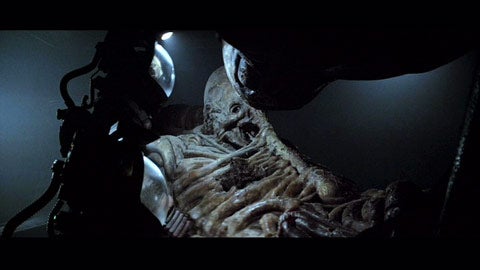 OvomorphMember0 XPMay-24-2012 12:42 PMWell, the logical deduction is that Ripley also knows the command codes, she being an officer, only to be used if Dallas and Kane are out of the picture. If she enters Muthr without autorization (that is a superior asks or orders her), the log would show it and she would be in trouble. You can see she is having trouble at the console, looks like she typed the code wrong, probably she was trying to remember. :)

OvomorphMember0 XPMay-24-2012 12:50 PMAlso, another explanation (from the original script) is that to access Mother there was the need for a hardware key, and Dallas had it, though he handed it to Ash before going in the air ducts. After Dallas disappears, Ripley orders Ash to give her the key. But what Powereddie says is how things should be explained in the actual movie.
Ridley Scott will eventually tell us how the Queen was born. Right now we have the Deacon; coming soon the Mercury, the May and the Taylor.

OvomorphMember0 XPMay-24-2012 12:52 PMYeah I guess that works. Here I thought I was being smart or at least as intelligent as a Xeno. lol. You're probably right, it seems only logical that she would have the command codes too.

OvomorphMember0 XPMay-24-2012 12:56 PMThanks, NoX. I've never seen the script....I'm surprised Ash would hand over the key so easily being that he was protecting the Alien and Special order 937 said the crew was expendable. I'd like to read that script!! Yeah and you pointed out something i didn't think of....she did have a key when she entered the computer interface!! Duh on me...:)

OvomorphMember0 XPMay-24-2012 12:58 PMRight NoXWord,... they changed it from being a key in someone´s pocket, to an acces code safe which holds the key to open the door to the mainframe, and another code to boot the console. :)

OvomorphMember0 XPMay-24-2012 1:01 PMRight yeah dang I just rewatched Alien a week ago, and I forgot about that key. That will teach me patience not to keep hitting the "Add reply button more than once if it seems slow lol Sorry about that mess I just made

OvomorphMember0 XPMay-24-2012 1:13 PM@Quietcool it was a good point tho...in Aliens we see that there is a computer program that monitors their lifelines, and it can tell when they die...it isn't a far stretch to imagine a similar scenario here.. although it would be illogical because as you pointed out Dallas was incapacitated but not dead, and using this logic Ripley would not have had necessary access because he is thought to be alive and well

OvomorphMember0 XPMay-24-2012 1:19 PM@the coming.. yes that's sort of what I was getting at. The PDT's (Personal Data Transmitters) and the fact that Dallas was still alive, albeit only in the deleted scenes...and the novel version by Alan Dean Foster. Alien was my first R rated movie and it holds a special spot in my memories as well as the movie itself, such a lasting impression!! 1979 seems such a long time ago now.... I'm just getting addicted to this website, and it's only the second one I have ever posted on, but the discussions here are really very good. Lot's of intelligent and well thought out scenarios.

OvomorphMember0 XPMay-24-2012 3:02 PMRipley pulls a circuit board/key and then moves it to a slot that opens up access to the button for the door to MUTHR. I too believe all officers on board would've known how to interrogate the computer. Ripley had the override code to expose the details of Special Order 937. How come Dallas didn't know more about it? Or did he not know that code? Or was he happy with letting the science officer have the access? "That's what the company wants to happen." The colonist PDTs in Aliens didn't read life signs. The marines would've known they were mostly already dead otherwise before entering the nest. The marines however had life monitors on them as depicted on the officer's screens. OvomorphMember0 XPMay-24-2012 4:40 PMI think Dallas put too much faith in Ash. He may have claimed to not trust anyone, but he still was way too nonchalant about some things. But you know, if they started asking and actively intervening about the facehugger and the like, there would've been a very high chance that they'd come home to no pay, as Ash was all too adamant about stating. He played a mighty hand as I'm sure their pay was considerable.

OvomorphMember0 XPMay-24-2012 4:54 PMGood call on the access key...that's what I always thought about it.....each officer has his or her own access key that is physically plugged in, allowing access to MOTHER, where they would then input personal ID codes allowing access to the mainframe......

OvomorphMember0 XPMay-24-2012 10:38 PMTheEgg... I think Dallas was busy being administrator and trying to get the ship back on track and get the hell out of there. The Alien at first seemed more like an isolated infection of a single crew member, not really affecting anyone else (not physically). His job was to run the ship and he wasn't handing that off. He could hand the Alien problem off to Ash, who had nothing better to do. He wouldn't have any reason to suspect Ash would actually be counterproductive. When he realized the true nature of the infestation, it was too late. He was headed into the vents and we all know where that led. Just my take.

OvomorphMember0 XPMay-25-2012 12:38 AMI think Dallas is quite confident until Brett is lost, when he becomes visibly stressed and shaken. This isn't surprising as their predicament wasn't exactly "out of the manual". What would anyone do in this cir***stance? Someone has been snatched by what should be a small creature. He's very much in the unknown and with no help from outside sources. I think he went into the vents simply to prevent anyone else from having to go. His situation blew. They couldn't reach Earth (or perhaps anywhere) with their limited life-support, they couldn't go into hypersleep, they had to find it. If they'd known about it's incredibly limited lifespan, they could have waited it out, but then there's the Brett egg. Bad situation. Fantastic movie!

OvomorphMember0 XPMay-25-2012 2:13 AMI liked the way the Dallas/Ripley dynamic was played against gender role expectations (for its time [hell, for *our* time]). And they did it all without making Dallas a weakling, nor making Ripley machismo. They were both strong, heroic leaders (though I think Ripley was quite a bit stronger).

OvomorphMember0 XPMay-25-2012 12:01 PM@MiguelSUPERsanchez... Dallas at that point wasn´t sure that there was something fishy about the science officer attitude, he didn´t question that to MUTHR as Ripley did, so he never came upon the special order... in which case he would have used the command override... :)