[SPOILERS] After a month's worth of construction, a set piece on the Alien: Covenant film set has been blown up. For those following the production of the Prometheus sequel, you will recall many photos of a part of a ship or shuttle (we assumed was associated with the new Covenant vessel) had made their way online over the past couple weeks. Well, last night and again today, film crew on-location set off some massive explosions - essentially blowing up the ship/shuttle. 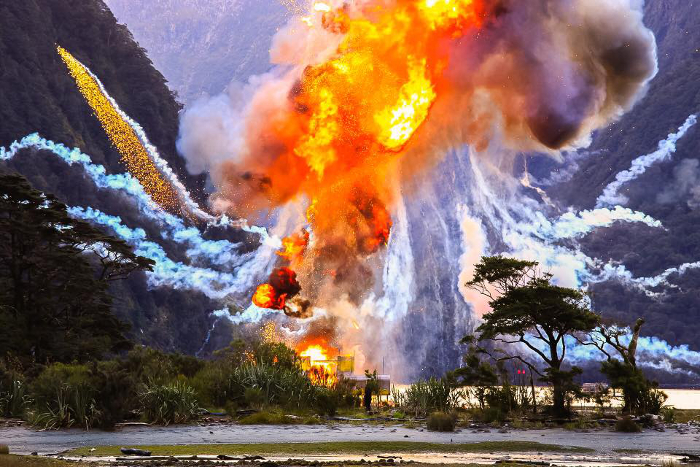 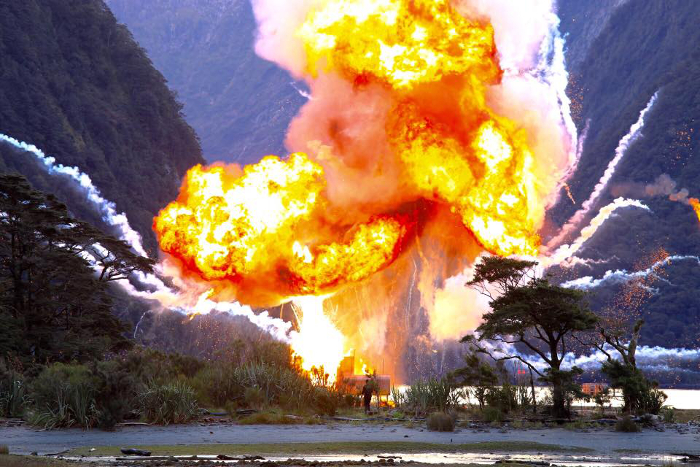 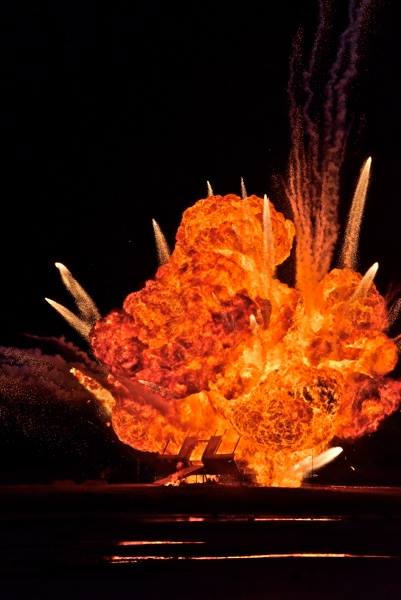 Thanks to AvPGalaxy, we have a video of the explosion:

What does this mean? Well, clearly something goes wrong and either this shuttle, or the entire Covenant ship itself is destroyed. Similar to the ending of Prometheus, which featured its ship exploding, this likely means the crew of the Covenant do not make it off Paradise.

Does David sabotage the ship? Or does one of the officers on board the Covenant pull a Janek and sacrifice their only way home in an attempt to stop a greater evil? Will history repeat itself? Sound off your theories in the comments section!

David doesn't want them to leave? Self destruct maybe?

I'd say it was shuttle craft...

4 months of filming...why would you film this first? You would need the prop later if it was important. Unless this is a duplicate of a set they have in a green screen studio.

Can't believe they got all the shots they needed...where were the actors? Think you should see some pics of them wandering around the set.

Just based on the reports from Chris, it seems like the prop was built just to be blown-up. Nothing about scenes being filmed with actors like MonsterZero comments.

The earlier pictures of the intact prop looked to me like a lot of work was still needed to complete it. Now I'm thinking it was just a cheap disposible version of something much more grand.

Makes me feel a bit more re-assured that the (now destroyed) prop  is not representative of the quality of what we'll see up close, where the actors themselves will be filmed.

Someone either doesn't want the crew to leave or it was blown up to stop something alien from leaving?

It's just great to see things progressing, we don't have too long to wait before we find out what's going on. Roll on next August!

...of course it could also be the burnt remains of a previous landing parties ship, which the Covenant crew find?

We could have a Yutani ship and a Weyland ship all destined for the same location, maybe even at different timelines?

I was there today (14th April 2016) at Milford Sound, New Zealand and saw what looks like the exploded set (a ramp leading into a spaceship) completely rebuilt. No sign of the exploded version.

I also saw some space-marine looking types with silver backpacks.