Alien Day is quickly approaching and many vendors are gearing up to satisfy the needs of hungry Alien fans all over the globe with exclusive merchandise and events. One such company taking part is Mondo, who are well known for their sought after artwork and prints. Thanks to Inverse, we have our first look at Mondo's custom prints for Alien Day, which will go on sale accordingly on April 26th. Each print measures 24" x 36", check them all out below! 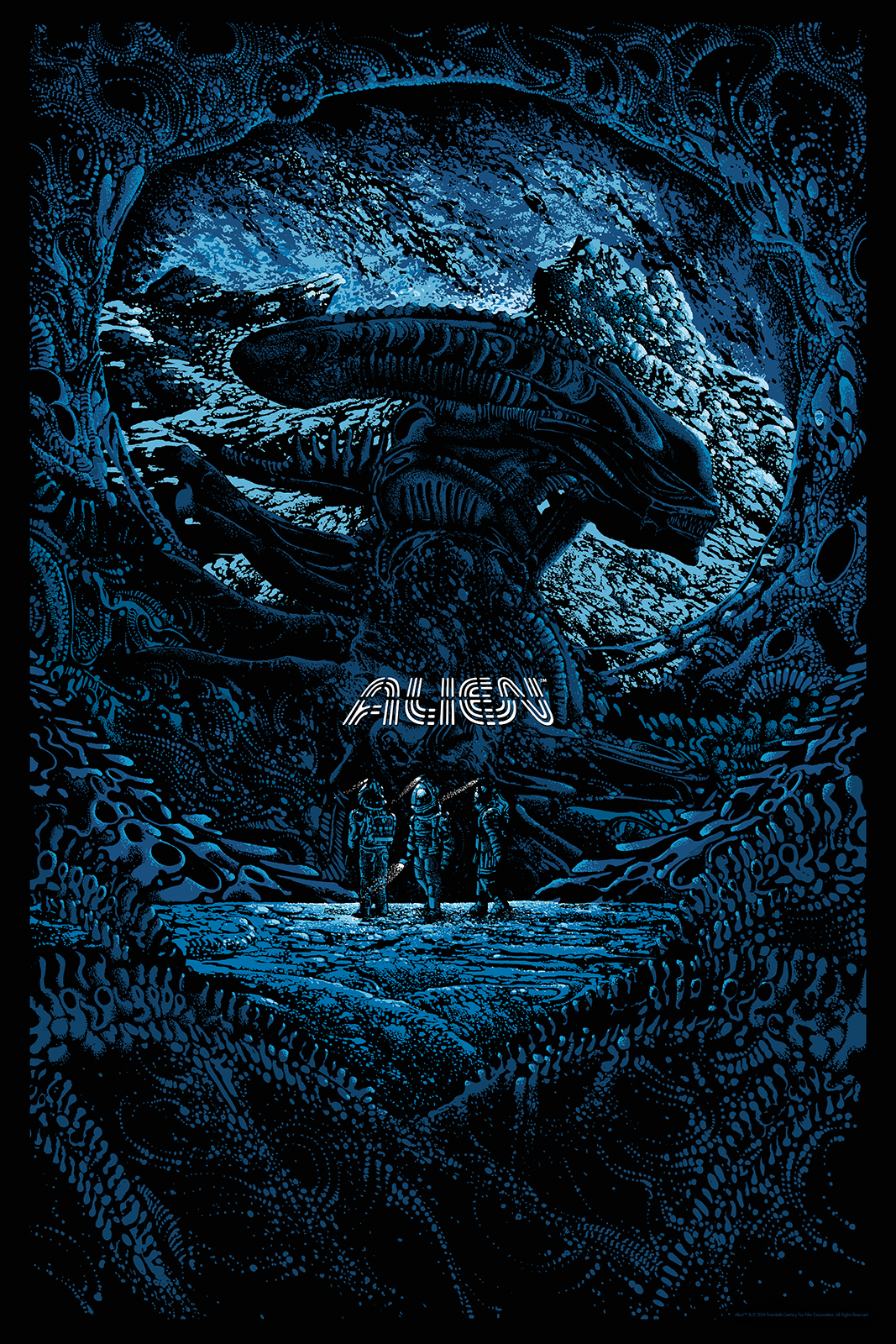 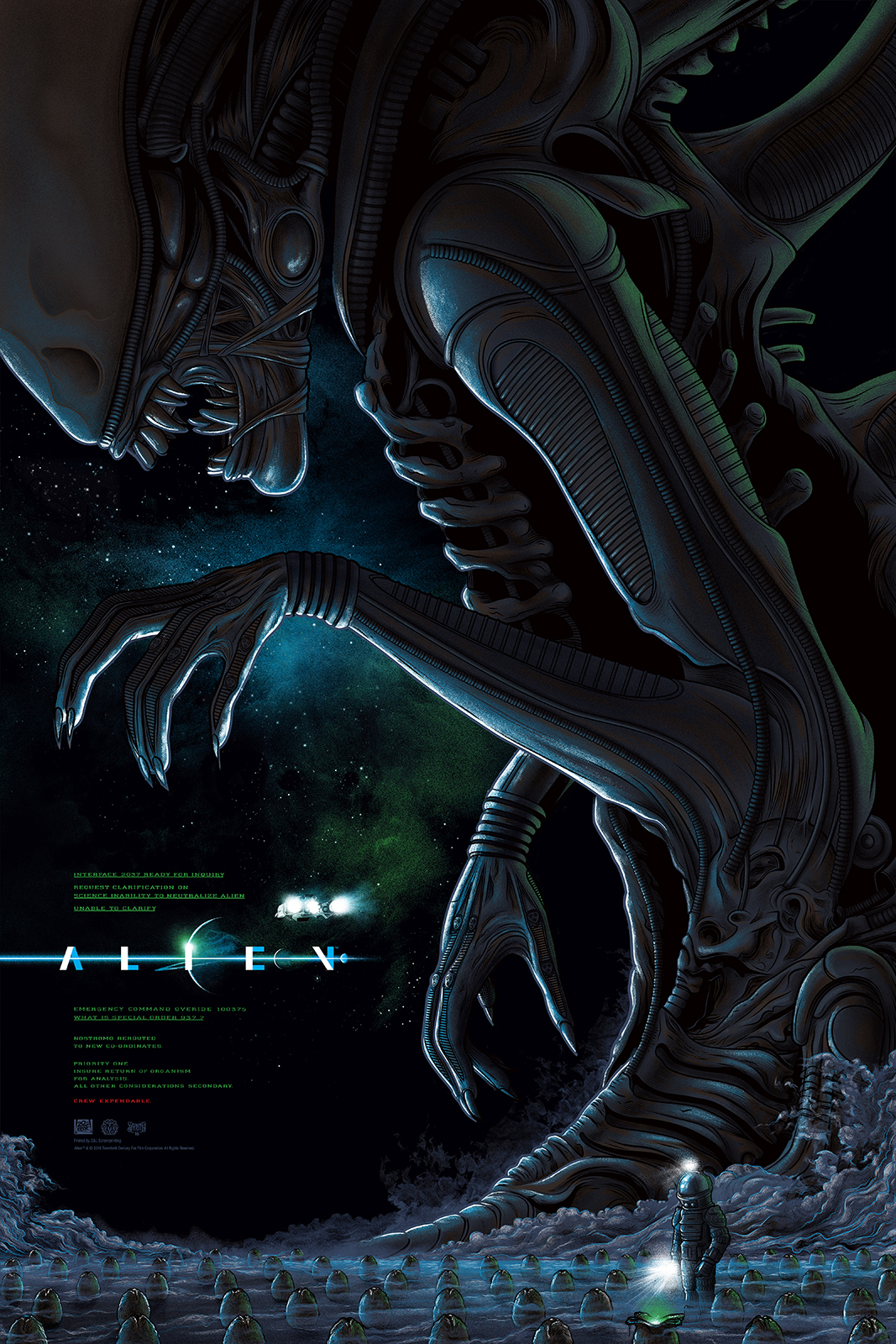 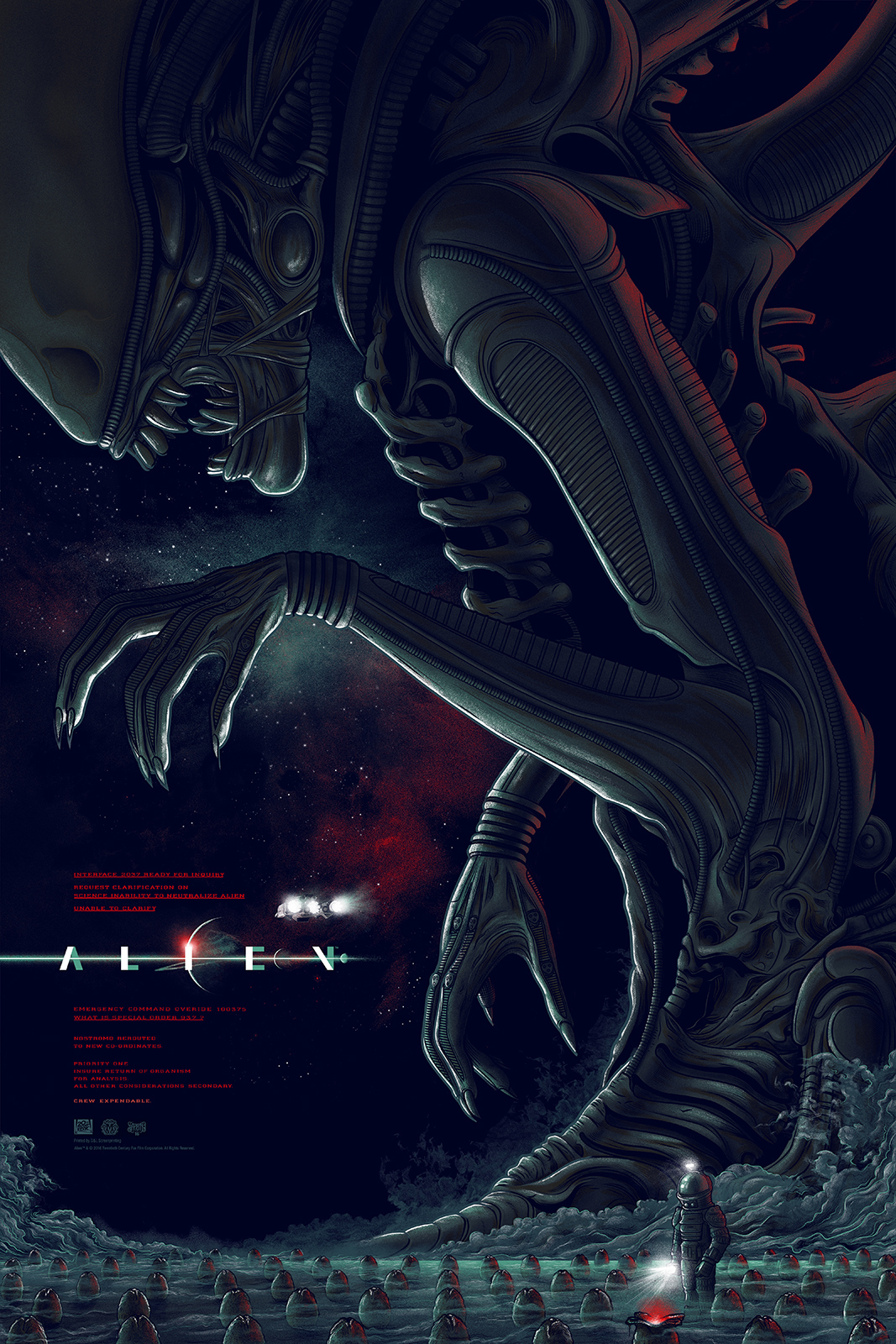 There’s a lot you can do with the xenomorph design, but it’s been done before. For other things, if you were to do something like patches or pins you wouldn’t want to do the xenomorph. You have things like the crew insignia, which denotes what position each of the members of the crew has. They actually wear these things on their lapels. So if you’re making pins, why not do screen-accurate crew insignias? Or Nostromo patches or the Weyland-Yutani logo?

The thinking was, what we could actually extract from the film and go for what they were doing to make perfect representations of what was in the film? - Jay Shaw / Creative Director, Mondo

Head on over to Inverse to read their entire interview with Mondo's creative director, Jay Shaw!

I am very much pleased with the contents you have mentioned. I wanted to thank you for this great article. Dissertation writing service critiques are the reliable resources for potential customers of these provider providers.