Something we've all been waiting for, more Alien Content has been released by Fox.  Here is the Link to Alien Universe

I know, I have already visited the site XD

It's pretty bear as of right now, but I expect more to come on Alien Day.

LOL why did I waste my time making a topic about this earlier?!

They really should just go ahead and release the movie. Lol The CGI is good enough right?

On Instagram the new "take me home " teaser shows someone operating an engineer console, in engineer 3D video playback. Looks like a lady?

Oh ****e! They took it down! It was different than the other one. It had what looked like a female creature or person as the engineer hologram thing, operating an engineer console, while the covenant crew looked at it !!

I think it is Shaw possibly piloting the ship or something? Pics attached Tom that is awesome.  nice Find !

Here's a gif of that section:

20th Century Fox have started a Death Bracket on Facebook, could somebody please bring to here? 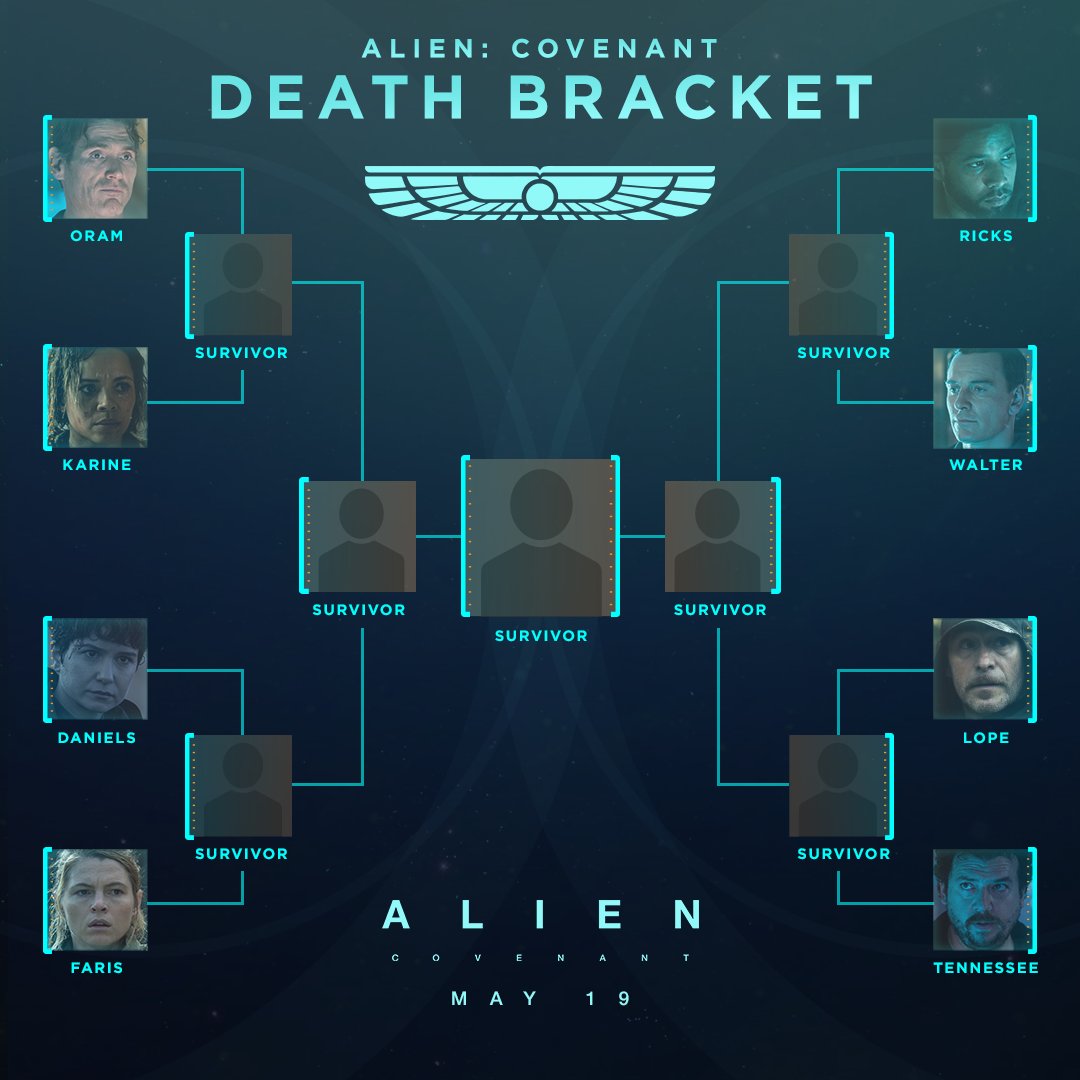 Thanks for the video tomburns, Did you notice something erupting from Shaw's back :)

Movie fan, somone else on the insta comments mentioned that, I hadn't seen it

At the end of the hologram scene, look closely at the back, you will see something come out ;)

Yeah I noticed something now.

i think they originally intended on just posting it to this account:

Probably just messed up haha. So I guess they will be making dummy accounts on different social media with these little teaser clips maybe

That is definitely Shaw in the seat and it looks like she was the one who sent out the distress call by way of that wave that shoots out from the control panel.

David007, yeah I was thinking that or maybe she was trying to either self destruct the ship, or just escape with the ship, but couldn't maneuver it well enough, hence the crashed ship

That's so plausible. As David is bombing the engineers, Shaw takes control of the ship and steeers it away and crashes it.

If you also listen closely to the scenes with Shaws Hologram, she is humming the tune, "Take me home". Maybe that song  is the distress signal she sends out.

Also, what's with the hashtag?

It's just the opposite of "take me home" the song used

Anyone else not get their response when signing up for this? Said check email for confirmation but no email. Tried again and it tells me to check email .. Strange..