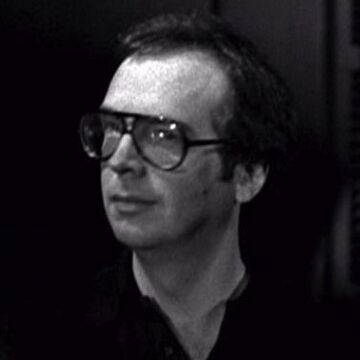 I just woke up to the sad news that long time Alien producer David Giler has passed away. He died on December 19 from cancer at his home in Bangkok, he was 77. Along with Walter Hill, David Giler has been involved with Alien since the beginning. He and Hill were responsible for adding Ash as well as a making him a robot. They would go on to take full writing responsibilities for Alien 3. 2020 has been a long dark year and the passing of another member of Alien family just makes it darker. His contributions to the series can't be understated. Rest in peace David Giler, you're part of what made Alien work. You will be missed.

RIP David Giler, thank you for your contribution to the Alien series. Although Alien 3 was neither my favorite or my unfavorite, I did love a lot of the concepts (both unused and used) contributing to the movie as a whole, except for the part where Newt, Hicks, and eventually Ripley were killed.

To be fair, killing them wasn't his or Walter Hill's idea. The idea belongs to Vincent Ward, he viewed it as Ripley's journey. He also thought Newt was annoying.

Whoops. Yeah I didn't like that Vincent Ward did that to Newt and Hicks.

I got to say I'm among the few that decision didn't bother, but I'll save that for a separate topic.

He was one of those that saved Alien 3, as far as I know. I got this from the Perfect Organism podcast

If I remember right he eventually walked from the set after Fox installed yet another producer. I can't remember this guys at the moment but I know he infuriated Giler and other production members because he started saying what they could and couldn't do due to budget. I got to check my quadrilogy special features.

I think it may be Sad that he will not be around to see his ALIEN V idea come to Fruition (thats if it will anyway).

He and Walter Hill did have a BIG impact on what we call ALIEN and the Franchise as they introduce us to the Corporate Greed/Conspiracy Aspect and the Synthetics/Robots and also the Notion of Biological Alien Warfare.