FacehuggerMember118 XPFeb-06-2013 7:07 AMIs Shaw the little girl who is playing the violin? What is the significance of this? I know David was broadcasting it to space and got no answer or did he? The deleted scene where the engineer confronts Shaw puts emphasis on that little girl playing the violin which intrigued the engineer, as like he was in awe. Did the engineer actually received the broadcast and put himself in stasis as he knew he would be awaken? Also we know that music plays a role in engneer society. What do guys think all of this means?

OvomorphMember0 XPFeb-06-2013 7:38 AMWell for starters Shaw is NOT the little girl in the information block part of which wound up on the life pod screen. It was just to show one of the more creative aspects to our culture along with our math, sciences literature and so on. There were vast amounts of Terra-quads of information in that 3D block all meant to show to an extraterrestrial culture who we are at our best. You are correct stating that music played a significant role in the engineer culture as evidenced by the playing of the whistle to start the orrery and the engineer was particularly impressed with the image of the girl playing the violin. Imagine his mixed feelings when in that alternative and deleted scene he came into the pod and discovered books and that image and the beautiful chandeliers knowing that the decision had already long ago been made to scrap our culture and start over again. He must have been in a profound state of indecision until Shaw appeared with the ax in hand and that expression of raw and fierce rage on her face especially after she destroyed his ship!! It was really so tragic that our encounter with the engineer went so bad. According to Ridley Scott the subtext of the engineer's reaction to David speaking to him was one of insult. Scott figured the engineer immediately knew that David was an android and was offended that it would deign to speak to him as opposed to the humans in his own language. And then Weyland's pathetically arrogant behavior certainly didn't do much to change the engineer's mind regarding his 2000 year old mission to destroy the human race. Weyland showed him us at our worst. Listen to the atrocious things that he said and did in the extended version of that scene whee he gets David to tell the engineer that he deserves more life and the engineer answers, 'Why?'! Why indeed. When Weyland yammers on about the two of them being the same, being creative beings - Gods in fact and so since Gods never die, he deserves to live forever!!! The engineer doesn't even need to wait for a translation. He seems to understand Weyland all too well and that makes up his mind causing him to tear Weyland's artificial man's head off his body and beat him with it. I hope all of this helps to explain this better. I have been studying all things Prometheus and given all of this much thought ever since I first saw it at the theater last summer.
[img]http://0.tqn.com/d/chemistry/1/0/E/1/1/chemistry-glassware.jpg[/img] 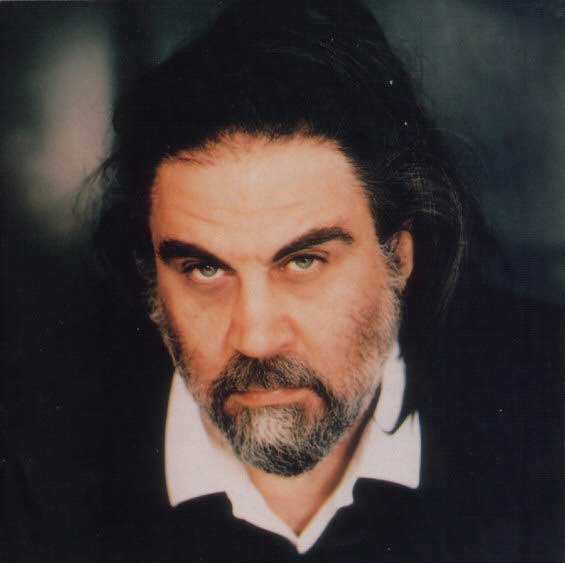 OvomorphMember0 XPFeb-06-2013 6:25 PMIn previous threads I expressed the idea that the engineer is a metaphor of a baby ready to be born or the sperm that survived and that was supposed to fertilize the ovum after the engineer run sequence (the last is more valid since we see the Hermaphroditus fetus (deacon with 2 jaws) come out of his body in the end), so I think that this [url=http://www.dailymail.co.uk/sciencetech/article-1364120/Unborn-babies-played-music-womb-remember-melodies-born.html]article[/url] fits here.
"... and the sea will grant each man new hope, as sleep brings dreams of home." Christopher Columbus.

OvomorphMember0 XPFeb-08-2013 6:43 AMmaybe he was surprised that we had continued to evolve culturally and technologically without them after they "abandoned us" having giving up on us for a useless bunch of self destructive savages, and our contradictory nature of evolving in some aspects but remaining primitive in others disturbed him. i do wonder what would have happened if shaw hadnt ran about him with that axe? would he have backed down? would you have taken the risk after everything else that hade happened?
I LIKE WORMS! I LOVE WORMS! OvomorphMember12 XPFeb-08-2013 11:35 AM[quote][b][i]You are correct stating that music played a significant role in the engineer culture as evidenced by the playing of the whistle to start the orrery and the engineer was particularly impressed with the image of the girl playing the violin.[/i][/b][/quote] Or it might be the case that the Engineers are from a fallen civilization that retained it's military might, but lost a lot of the more refined aspects of their culture like music, philosophy, literature, painting, sculpting, etc. Maybe that's why he seemed so mystified by all of that stuff on the lifeboat. Their military activity is centered around some type of religion or cult-worship, and we know from our own past that religion can often have a suffocating effect on society's artistic & literary output. The flute music is obviously incorporated into their technology, but if so, then why not run the whole ship with music? Maybe they used to, and the flute is just a remnant of a more refined technological age that died out. Just an idea...

OvomorphMember0 XPFeb-09-2013 2:27 PMElectricAve you make some good points. Its nice to get a well thought out response and I am always grateful when I receive one. Caena also as usual makes relevant and excellent observations. Of course we know only a little about their culture but from what we see they seem to have an appreciation for beautiful images shown in the murals and frescoes as well as the sculptured head in the main urn room. As to are they a fallen culture, its an intriguing idea but I suspect that once a culture or people develop an appreciations for the arts including music, its a hard habit to give up. Remember the up and coming sequel in a couple of years from now will show us much more and I hope to see much more evidence of their music or artistic aspects of engineer culture.
[img]http://0.tqn.com/d/chemistry/1/0/E/1/1/chemistry-glassware.jpg[/img]

OvomorphMember12 XPFeb-09-2013 5:03 PMnostromo001 that's very true. Now that I think about it, it's not that different from our own classical works, most of which actually are religiously themed! lol. Oh well =P I guess what most perplexes me is why we never heard from them again after the outbreak - that's what initially made me think that they had lost some of their culture and/or technology. I guess we'll just have to wait and see...

OvomorphMember0 XPFeb-09-2013 9:59 PMElectricAve, a likely scenario would be that the outbreak on LV223 found its way back to Paradise, which would explain the lack of followup on the part of the engineers from their home world to LV223, let alone having the engineers pick up the failed mission to destroy us in order to rebuild, assuming that was their intention, which it likely was.
[img]http://0.tqn.com/d/chemistry/1/0/E/1/1/chemistry-glassware.jpg[/img]

OvomorphMember4 XPFeb-18-2013 6:41 AM@Apex_Predator The little girl will probably either be from the memories of Ford (the original Shaw) or from the person who will be receiving Ford's memory (the Shaw we know). The violoin girl alludes to the movie, [i]The Red Violin[/i]. @Nostro [b]Everything[/b] in the movie is a message for us, the audience, and this is especially true of the hologram message screen. Watch the images that appear on the hologram next to Holloway - all masked creatures (suggesting he is something masked). Shaw, on the other hand, gets images such as Da Vinci's Vitruvian Man and a pregnancy ultra scan. However, things not in the movie such as deleted scenes are not directly relevant to the plot. For example, Holloway is not depicted as an atheist in the film and the deleted scene [b]cannot[/b] be used to make him one. However, if someone was really a scientist, he would ask the question why did Ridley film Holloway as an atheist but then change his mind and decide not to show Holloway as an atheist? In fact, Ridley depicted Holloway as someone who displayed religious feeling (which anyone who was objective would easily see). So why the change of mind (if that's what it was)? Perhaps there are two Holloways? [i] I have been studying all things Prometheus[/i] Unfortunately, mostly things that have been cut from the movie. Try watching the actual movie - into the subtext and mise en scene...
Add A Reply
Log in to Post
Alien & Predator Alien & Predator Fandom
Post A New Topic
Hot Forum Topics
More Hot Topics
New Forum Topics
More New Topics
Highest Forum Ranks Unlocked