OvomorphMember0 XPJul-07-2012 4:45 AMSo maybe this kind off far fetched, but when Avatar came out some guy asked James Cameron who would win in a fight between Xenomorph and Na'vi. Cameron said Na'vi and although I like xeno's better I have to agree with him on that. I mean Na'vi are bigger, smarter, a lot tougher than humans in body, use weapons and they can see in the dark. However I think the engineers might be a better match. I think they are smarter than Na'vi, of similar size, are displayed in the movie to have incredible strength, throwing people about and breaking helmets with their fists. Plus I'm pretty sure they have better weapons than Na'vi, plus those shotgun bullets simply ricocheted off him.
4 Responses to Na'vi warrior vs Engineer

OvomorphMember0 XPJul-07-2012 12:05 PMRemember guys Na'vi are only stronger due to the gravity on Pandora I think! But either way in a hand to hand fight a Engineer would probably break a Na''vi's back like when Bane broke Batman's back sort off style!

OvomorphMember0 XPJul-07-2012 12:42 PMThe advantage in an Engineer vs. Na’vi fight would likely depend on environment and "rules of engagement." The Engineer has technology (e.g. bullet-repelling pressure suit) that the Na’vi does not. The Na’vi may very well have a bonded relationship with an [i]ikran[/i] however. Certainly an unhelmented Engineer's head would fit nicely into the glass fanged mouth of an [i]ikran[/i]; and come off easily. 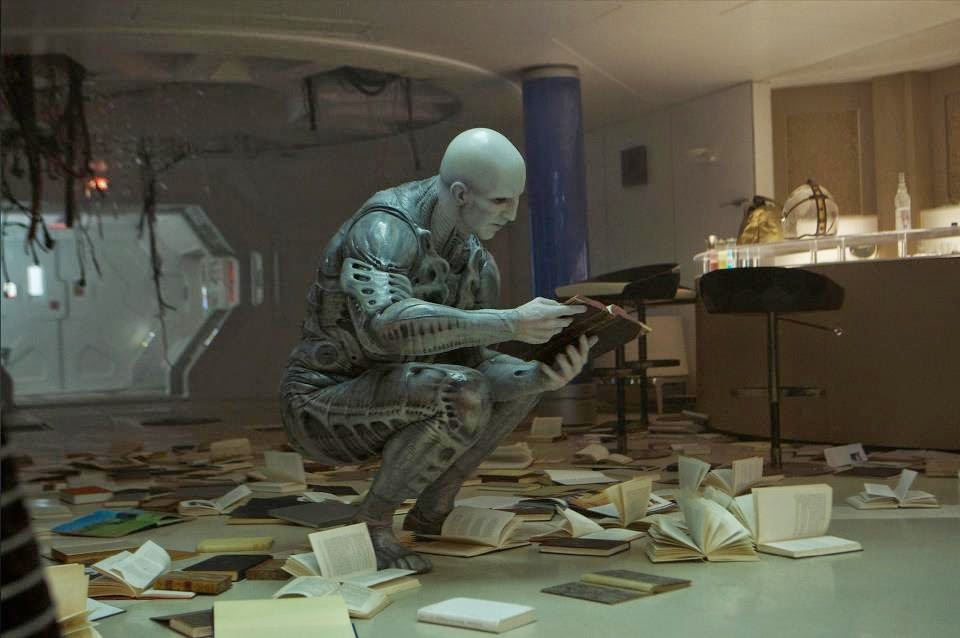 The Mala'kak have mastery over the sciences. By extension, this also includes warfare, weaponry, and combat. Let us not forget that the military Engineer on LV-223 was able to single-handedly wipe the floor, solely with his hands.  In other words, their body is built for physical exertion. Have you seen the Engineer in the opening scene? Built by whom, though? Likely not evolution. The only other option is that they genetically modified themselves to naturally build those muscles. The nervous system is known to limit the amount of force human muscles use so as to increase dexterity. Perhaps the Engineers bypass this and can become as strong as a chimpanzee whenever they deem necessary (the suit may be responsible for this). The Engineer in Prometheus was about eight feet tall and would likely weigh between 500 and 700 lbs on Earth. In one comic, the Engineer absolutely wrecked Ahab, who was an Elder Yautja, a most formidable opponent who spent centuries hunting beasts from different planets.

“Their civilization is millions of years old. Once, the Engineers expressed themselves as humans do, taking pleasure in music, colour and story, but they’ve long learned to see in more dimensions than we do. Their art and ornament exist on planes imperceptible to human senses. Their constructions look dark and grim to us; but the Engineers’ eyes see far more than our own. Individual Engineers live for a hundred thousand years. Ages ago their race abandoned sex and gender, reproducing by more abstract methods. In recent millennia they have ceased to reproduce altogether.”

Now let us examine the Na'vi. Standing at ten feet tall, they weigh about 350 lbs. That's a BMI of  17, which is equivalent to a skinny, African hunter. They are extremely strong and are very agile. But alas, they are primitive and are not scientifically versed. They have a very rudimentary understanding of biology and are, at best, as strong as evolution allows them.

I think it is clear that the Engineer mops the floor. No matter how the Na'vi individual attacks, the Engineer will always have superior speed, timing, and strength.