OvomorphMember9 XPJun-12-2012 12:14 PMDon't read this if you haven't seen the movie. It ties up one or two of the background points. I wrote this after someone posted that Ridley Scott based The Engineers on Sumerian/Persian Myths and I did some research. You can even see Sumerian cuneiform wrting in the movie. Most of the names and ideas I used are from that Sumerian/Persian research. Hope you like it. It's also my response to the post on the forum of: [b]What Happened to the Engineers on LV_223?[/b] PRELUDE TO PROMETHEUS . . Pressing several cuneiform buttons and bubble knobs on the Central Control, Yaldabaoth saw that the Chosen Four-Fold - Tymajori, Iao, Monad, and Epithymia, were already in HypoStasis. The arrest of bodily functions for hibernation in HypoStasis was necessary for the interstellar distances traveled by the Dispersion Ship. . . Yaldabaoth spoke into the wallpanel: "See that the last Origen Ampules are loaded in the cargo hold of the Dispersion Ship. Accomplish the final Directives in preparation for the launch to the TargetWorld. They are Awakening. This cannot be allowed. They have become an Abomination, just as the Fallen Ones did aeons ago. These inferior creatures are a Plague. They are a fundamentally flawed imitation of our Divine Model. We will cleanse the sky, the stars of this Vermin." . . The 12 foot tall Yaldabaoth spoke louder. "Within the Superior Level of Reality, one day, We, the Rulers of the Darkness, the Personification of Royal Power and Glory, the Keepers of the Knowledge of Life, will finally wipe the filth out of this Universe. May the Mother of the Living and the Thirteenth Spirit be our Guides." . . It rose behind the stack of Urns. . . Logoi didn't see it until it was too late. He tried to fight, but it was relentless. Even through his BioSuit it came, melting. Pushing it's way towards his mouth, into his throat. Then he felt nothing more. . . An iridescent glass Ampule extruded from the producewall. . . "Thank the Artisan, the last of the Origen Ampules," Dumuzi said in the Ancient Flawless Dialect through his BioSuit muzzle. . . Origen was the currency of the Orthodox Archon Legion. . . Origen. The Divine Element. The Apocryphon Gel. The Cosmogonic Fluid. The Dew From Above. The Primal Monadic Source. The Essential Substance. . . An extremely mutagenic biotoxin. . . Origen. The way the Exegetica Codex required an Archon to spread it's Supreme Essence - their Helix Code - across the Galaxy. The Dispersion Protocol. . . He placed the Ampule into an Urn with three others. The others had already started to leech the black, oily fluid. . . Picking up a firmbottle, Dumuzi sprayed coolant around the four Origen Ampules. . . "Carefully," Ailoein told Dumuzi. "There have been so many accidents. The last thing we need is to deal with another Primal Being here. The Seven Worlds would never forgive us." . . "We would be triumphant in the end as always." . . "But even so, the Eighth World would not let us come Home. . . The Primal Embryo ripped through Logoi's thoracic cavity like papyrus. The red drenched his body and soon he stopped moving. The newborn Primal Being screeched and ran. . . "Behind you!" Norea screamed. . . It slowly stood. . . Taller than the tallest. . . "We have to capture it," said Molekh. . . The creature turned to the sound of his voice. . . Ailoein yelled "No! It has been tried! The Codex forbids it!" . . "Kakia, get behind it!" . . The Primal Being suddenly rushed to the closest person. . . They fell backwards, entwined. . . Into the load of Origen Urns. . . Several Urns cracked open and their Ampules fractured, the contents bubbling out. . . The creature rolled in the Origen and screamed. . . It flailed about and the Origen sprayed everywhere. . . It touched everyone. . . Miourgos began to dissipate almost instantly. . . "Get to Decontamination!" someone bellowed. . . The alarm rang out. . . The hololight recording would show all what happened. . . Soon, all of the doorwalls would shut against the lethal biotoxic accident and there would be no escape. . . Dumuzi could feel the Metempsychosis starting. . . He ran. . . He knew nothing could stop it, but he ran anyway. . . There were others ahead. . . He saw the opening to the Ceremonium and tried to stop to go in. . . Dumuzi stumbled and fell and the doorwall crashed down upon his neck.
9 Responses to Prometheus Fan Fiction 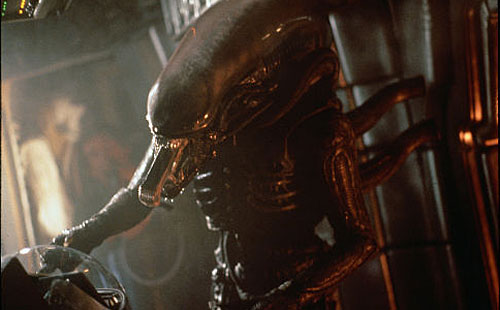 OvomorphMember0 XPJun-14-2012 2:06 PMThanks! More to come perhaps-Once I've seen it in 3D and get a chance to write a review, however. 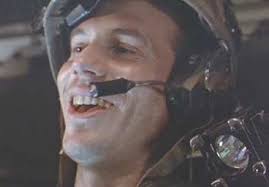 OvomorphMember9 XPJun-12-2012 3:44 PMI thought everybody might enjoy it. It's just a background story to what could be going on in the holograph in the movie. It's also my response to the post on the forum of: [b]What Happened to the Engineers on LV_223?[/b]