OvomorphMember0 XPMay-03-2012 7:22 PM... purely speculation for fun, folks... that being said, what if the "invitation" is a forgery? What if, for some reason, somebody from Weyland Industries decided to add the starmap to the various relics to mask an alterior motive? Give some innovative kids money and let them loose on Earth, like it's a big easter egg hunt! It could be done, given testing for things like dating would be done in a lab... not on site... who owns the labs? oh, yeah, "we" do... "we" being Weyland Industries, of course. Your thoughts? ...ok ...go!
[url=http://www.madmax4-movie.com/]Visit the Mad Max: Fury Road Forums today![/url]
9 Responses to editing the finds? 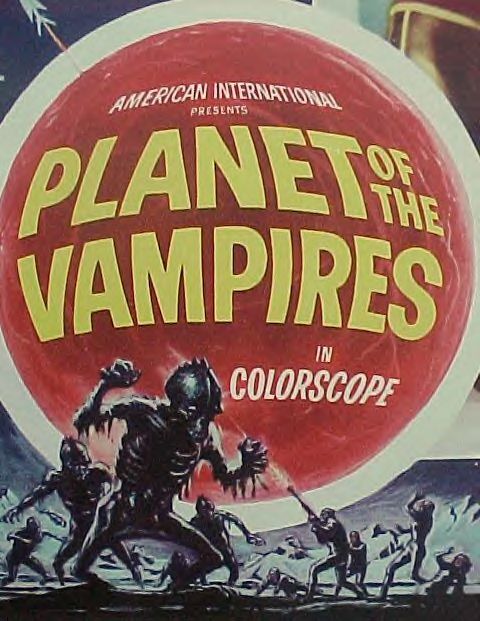 OvomorphMember0 XPMay-03-2012 7:30 PMWell, I have to admit there's something that's been bothering me for a while now. I'm not trashing the movie before I see it, but I'm not all the jazzed about the rehashed Chariots of the Gods idea. Part of what made Alien so cool was that they found this completely un-human, un-earthlike ship in the middle of nowhere with some sort of Alien something and all these eggs in it for some reason. To tie these guys back to creatures that would have any interest in our planet and making it earth centric is a little disappointing. I would much rather have had Prometheus's crew stumble onto some unknown culture than have any sort of invitation. My hope is that maybe one species were the ancient astronauts, and in turn they were conquered by the space jockeys. So the civilization we are invited to visit is gone, and now there are these superbeings in their place. We'll see.

OvomorphMember0 XPMay-03-2012 7:58 PMI was suggesting actually that nobody had specific interest in Earth, rather, somebody on Earth decided an expedition to a particular point in space might be in their best interest to visit... therefore drummed up support through manipulation. ...hense "forgery" in the first line...
[url=http://www.madmax4-movie.com/]Visit the Mad Max: Fury Road Forums today![/url]

OvomorphMember0 XPMay-03-2012 8:55 PMOutlander[quote]To tie these guys back to creatures that would have any interest in our planet and making it earth centric is a little disappointing.[/quote] If it makes you feel any better, I am of the opinion that this isn't necessarily "earth centric", but it's just easier to have at least one familiar species in the movie rather than making it about the dealings with these guys with another planet/species (for lack of none coming to mind, say the "Predators" species). As an audience, we would find it hard to relate to any of the characters. I think that humans are simply "those pesky kids" (Scooby-Doo analogy) and we're always traveling across space in our "Mystery Machine" having one adventure after another (we may not be doing that yet, but from our perspective it is going to seem that way).

OvomorphMember0 XPMay-03-2012 9:10 PMI would definitely agree that you need a human cast so that we as an audience relate. I just thought it would be more interesting if, like in the original, the humans stumbled across something while exploring deep space like the Nostromo crew did. On the other hand, I suppose there is the possibility that the "star map" petroglyphs have nothing to do with anyone visiting earth. Perhaps these are the result of some cataclysmic event witnessed in the stars by the various/priests astronomers on earth, and we were never visited at all? I'm extremely intrigued by the "this place isn't what we thought it was" line. I'm sure I will enjoy it whatever the case may be.

OvomorphMember0 XPMay-03-2012 9:55 PM@Outlander I think you have identified something that is key... For me, if Alien had just been "Nostromo diverted to planet, crew snoops an alien derelict, brings parasitic organism back to ship, and are wiped out to a panty clad woman", there would have been much less horror. The initial discovery of the long dead SJ, an obvious higher order species, and his exploded chest suggested something bigger and more terrifying than a hungry beast facing ill-equipped humans far from home. Something that was an actual threat to humans as a species. The "reveal" that the SJs are somehow already connected to Earth kind of dims this fear. As many have pointed out, if they were a threat to humanity, they would have acted already..

DeaconMember10325 XPMay-04-2012 9:38 AM"I'm not trashing the movie before I see it, but I'm not all the jazzed about the rehashed Chariots of the Gods idea." I understand what you mean and we would rather the Jockey do had no connection with Earth, and to not look quite Human. But i guess Ridley looked at Alien its about Xenos, its about mankind, and also Weyland Yutani. But who was the Jockey is something that Ridley feels could be explored and maybe needed some depth and some kind of story to. He also wanted to explore Weylands Agenda, so when storyboarding who the Jockeys are and their Agenda/Purpose and Weylands i guess they came up with using the Promtheus Myth and Chariots of the Gods idea. This is funny because its really upsetting the Christians, the Evolutionist and Athiest have no problems with such notions of us being created or our existance having a little help from another Alien Race. But each to their own.... Should it had been used in this movie, i think not. But now looking at it and then when looking at Weylands Agenda/Plot it makes for a good story.

OvomorphMember0 XPMay-06-2012 10:38 PManybody interested at all in the actual thread here? you have had interesting points, yes, but nothing to do [u]AT ALL[/u] with the thread. @Outlander: your original response is interesting, but nothing to do with the hypothetical "forgery" upon which this thread was based. reiterating here... what if somebody Earthbased (Weylan?) decided to go into space for their own private means but needed backing, therefore, faked information (the glyphs) to attain such backing? okay ...go! (unless you really need to start your own thread...)
[url=http://www.madmax4-movie.com/]Visit the Mad Max: Fury Road Forums today![/url]
Add A Reply
Log in to Post
Alien & Predator Alien & Predator Fandom
Post A New Topic
Hot Forum Topics
More Hot Topics
New Forum Topics
More New Topics
Highest Forum Ranks Unlocked