Not sure what is going on with the forum at the minute however it seems that every other topic I click on is filled with a fair bit of negativity and trolling. I come here on a daily basis, sometimes just to read and sometimes to participate and have found all the members ( bar from a couple whom I won't name ) to be genuinely nice and intelligent people. Being a gay man myself it saddens me to see  in 2017 the word ' homo' being used a couple of times! sorry for the small rant, just wanted to get this off my chest! That aside, Still great work and updates form you guys!

Hey mate i didnt mean anything to homosexuals there. As my english not that good i mean as david was evil character and homo to kill such nice woman. Its not offance to any oerson but only davids himself.

rob clayton sorry you have had negative experience's on here mate. We are all here connected by our enjoyment and the mystery of the Alien franchise, lets keep it to that :)

Glad the few rough spots didn't damage your enjoyment of the forum!!

Rob Clayton it saddens me how people are hyper sensitive no matter their sexual preferences. Many of us are in mourning of the new film not meeting expectations.

As far as I am concerned, nobody plays and fingers a flute better than two men!

@Lone Yes, homicidal is the word that makes the most sense. Thanks for explaining. People on this forum have to understand that since its a worldwide forum, there are going to be many for whom English is not a first, or second, language!

Black Winter Witch.. no its stopped my enjoyment of the forum, I saw the film several weeks ago and still come on daily to hear peoples thoughts, tbh Im so glad I came across this site as my friends got sick to the back teeth of me going on about the film, great to share with likeminded fans.

TDBY thanks for your message and I hope you accept my apology  to you .I don't think there was any malice from yourself intended and reading the rest of your posts I agree that you meant homicidal.

Capt Torgo.. I'm not normally sensitive, must be my time of the month ( and that was said with tongue firmly in cheek ) :-)

Cabin Flutist: You've nearly just made me spit my coffee out! cheers for making me laugh :-)

@Rob Clayton you're just the kind we need more of around here! Keep on posting! 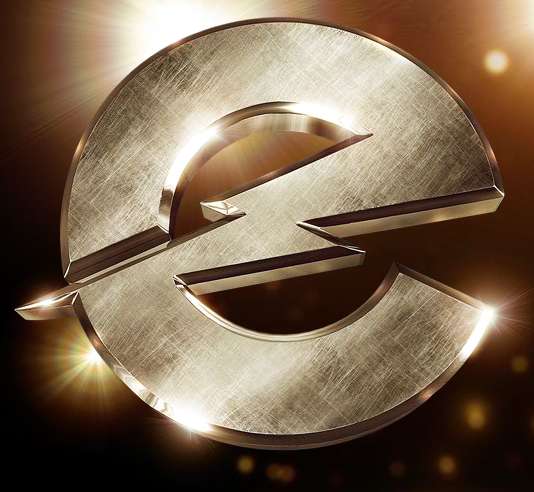 "I think the word Tdby meant to use in regards to David's actions is homicidal."

Then maybe the word he/she's looking for is "psycho", not "homo"...

Tdby if that's right, I wish you'd change it from now on.

First, let us stop with the silly accusations of calling people trolls because they are discontent with the movie.  I am going to respond to my other thread on this matter.

And I do not get sensitive from name calling.  I am latino from New York City and been called every name in the book since I was a kid.  But in New York City, you learn to grow thick skin.

" think the word Tdby meant to use in regards to David's actions is homicidal and that he meant no insult. Just a misunderstanding, given that English is not his first language." - Lol'd. Because foreign languages don't have the word homosexual, right :D

I understand that you are subconsciously rationalizing it to preserve the tone, but I think it's important to be open about things.

Being discontent with the movie is one thing, but actively posting content that you know will infuriate other readers IS trolling. One could argue that your The Mummy thread falls in the latter category ;)

'As far as I am concerned, nobody plays and fingers a flute better than two men!'

It is so easy to get confused in these threads!

In one of the threads Tdby is a 15 years old fan, in the other he is a soldier from Turkey. :D :D

Ati ElectricAve Starlogger So Tdby says he is 15 year old who makes U$S 58000 per month as posted in various threads. To make that kind of money he must run some popular hate spreading blog sponsored by breitbart for sure. Anyway, he knows the difference between homicidal and homosexual, just refer to his last post on this thread http://www.alien-covenant.com/topic/45456 Hate is a universal language after all!

@joylitt i hawe no business with homos. Its english word we dont hawe such word so blame ur own ppl its not my fault.

By the way, someone who believes that movies from the 30's through the 50's should get lower scores on rottentomatoes because they are old does not deserve any credit.

Good for you but i dont like them so what?

Forbidden Planet, Now and then I catch it on one channel or another, and I loved it the first time I watched it with my dad when I was a kid. If I have an all-time Fave, it's Forbidden Planet, as I saw it long before I was introduced to ALIEN and I loved the Great Krell Machine, still do. :)

Always wanted one of those Krell door-combination lock things too. :)

We are all Homos...Homo sapiens ;)

I think we all have our own opinions.. but its good to try and respect each others, not everyone will enjoy every movie.. i have not seen GOTG2 yet but i never enjoyed the first movie.. just like a Kids Super Hero flick to me lol but i could see where it gets a lot of attention as its a very good popcorn super hero flick the kids can go and enjoy too.

AC is a movie that has some problems.. i think its up to each person if they wish to have criticism or praise for it.

Yeah there are a lot of Great Old Sci-fi movies.... i think some of the Younger Generation can not appreciate them though because they cant overlook the Effects... i have the same problem with a few young ones i know who love new Dr Whos and dont like the Old Ones.... mainly because the costumes look Dumb and Fake LOL

I will agree that the 80's was when Sci-Fi effects started to look credible as far as realism... some of the latter 70's too. In which ALIEN is part of.

Im not goin to anymore arguments about that stuff. Evryone living own life. I dont care anyone at all homo or not and hawe no problem with anybody unles i detect offansive action to myself. But word homo is mean homo nothing else. Its english word and english is not my language you hawe to blame yourself about that word not me.

Frankly, I LOVE classic pre-80's sci-fi, because it all had to be done old-school, like how they did the Flatscreen displays in 2001, as example...they faked-it-up and it looked Beautiful.

Blackwinter-witch - They say The Black Hole was Disney's answer to Star Wars. Of course, it's not a perfect movie, but the things you mention are true, I mean that's why I like it so much: it has 'some great visuals' and special atmosphere. And the actors are great, I think. My favourite scene is the battle in the frozen garden.

There was info about its remake with Hugh Jackman, but now I don't hear anything about it.