Grabbed this off of FB. Pretty cool to see these images up close!

The one with the crappy t shirt?

Can you expound this razor sharp comment? Are you referring to the t-shirt I was wearing or the link I posted to Fright-rags. Or something else? Do tell.

... and  The Art and Making of Alien: Covenant

@ Roger55- Those are great! Thank you for sharing.

The Practical Xenomorph looks great, just needed Gloss added to it like the Engineers in Prometheus and Deacon... that made the difference. Ok the Legs look poor, but there are limits... but this could have been done better with more time and budget, and i am sure they did for one Monster use like Bladerunner (Running Prosthetics) So indeed i think they could have done a few shots like this... but then done some more closer Practical Effects Shots..

Remember the Alien Suit for ALIEN was a bit shabby but was ahead of its time, it worked by limiting how much you saw it full on...

The Neomorph suit looks a bit iffy.. but again CGI overlay could have Polished it up...

The Full CGI version, especially the Adult just looked Poor the Mouth looked awful... yet the concept it looked great and no doubt a Animatronic Practical Effect would have looked great.

Its  shame that as with Prometheus it appeared Props was worked on but not used (some of the Fifield Concepts built).

Looking at these Behind Scenes (Thanks to AVPGalaxy) it reminds me so much of what could have been.. and brings me to this Video.

The Thing Practical vs CGI

Another Clip of Practical stuff

OMG that Xeno stand up position I guess is coming from the original scene of the movie, neared their final confrontation with Daniels and hangar doors were open scary!

I think we cant blame RS though...

The movie was supposed to be out October... so can you imagine a extra 4-5 Months Post Production/Shooting and extra $50M.... this could have improved a lot of the Alien Monster Scenes and other scenes Make up Restraints 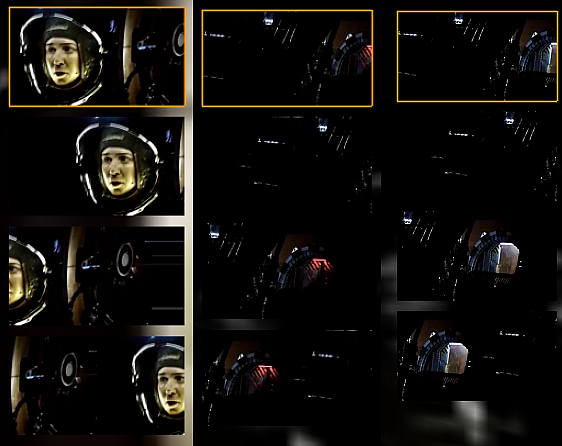