Hi guys...I've been having a massive debate with my wife on which creation has the number one spot..I am a fan off both but believe the xenomorph to top the predator if only for the fact it is so much scarier/eerier and sneaky...what u guys think

19 Responses to ALIEN or PREDATOR

Close, but I'll give it to the Predator.

Alien any day of the week. The Xeno is the stuff nightmares are made of. The Predator is an awesome creature but has more in common with man and is more ordinary for me at least :)

@Necronom IV I totally agree, the whole idea of a facehugger attaching to your face and an alien inside you is horrifying. The predator is very cool, I have to agree, but the life cycle of the xenomorph is rather horrifying, and now with the neomorph and protomorph the xeno wins.

Hard, but I'd go with Predator, because, as Arnold said, it's one ugly mofo.

That's a good one, Inquisitor Fifield!!!

I'd go with the Alien.

I'm with Necronom IV on this one!

A BIIIIIG "Yessiree". you nailed it!

I also love both but Alien no ifs ands or buts.The Alien films are stronger and smarter.The original Predator is brilliant and while I still enjoy them the sequels are obviously inferior.It's funny that you made this topic,my brother and I had similar debate last night lol.We both agreed on Alien.

Overall we have had 3 Predator movies and the AVPs

We have had 4 Alien movies and AVPs and Prometheus (which wont count because there is no Xeno in it to compare).

I would think overall maybe the Xenomorph Edges it as far as how i liked them on screen, but i still the Predator movie and how the Predator was in this movie alone Trumps all over Alien movies and Predator ones.

So its to hard to call, they each have their own Merits as far as how they came across on screen, and then if we had to ask which in Reality would be the worst.. i would have to say the Xenomorph, purely because a Predator you would not see it coming and it would be a Quick Death.

As far as Iconic Potential the Predator just and i mean by a Jonesys Whisker Edges it...

As far as the reality of facing them, then the Xenomorph would be the more terrifying by more than a whole Cat lol

As far as the Appearance and Concept.. they are both unique that i could not split it..

Alien - a class in its own and can't be compared to other creatures in film history imo.

The Predator - A crossbreed between the Creature from the Black Lagoon and Boba Fett.

for me it's not much of a competition - one has an arsenal of weapons, doesn't fight fair (the whole invisibility thing - hard to fight back when you can't see it) and when losing blows everything to shit & the other is a pure killing machine - a fairer contest on inducing fear would be Alien & Jaws and don't laugh 'coz you know even now if someone yelled shark your arse would be out the water before your brain had time to register you were in a pool!!!

Although i love the original Predator movie, its one of my all time favorites and easily one of the most rewatchable films ever for me. im going with the xenomorph.

The xenomorphis more Lovecraftian in premise, ancient cosmic horror. It plays in the shadows, unnerving and explainable. Its like a walking nightmare from which there is no escape. The things it does and can do with its reproduction cycle and when aggressive is enough to make someone unwind when confronted with it. It is gothic and haunting an is frightening even when it is not on screen, works best in the movies, where it low lit and every play of the shadows has you thinking is it there ? Like in the game Alien Isolation, just the idea of it being there is frightening at a primal level.

I love the Predator but they will never be able to recapture that unknown element from the first movie. While i didnt find it scary ever, i loved the sense of awe that it gave me as it was something other worldly they were dealing with. But most of the cool factor of the Predator has to do with how it kills people which has always been in your face on the screen and very much more of an action movie trope. While the xeno when at its best plays in the shadows and at times you dont even get to see the kill in its entirety leaving you to run wild with your imagination.

Xeno all the way

Specifically, Kane's son is the best. I admire its purity. A survivor ...unclouded by conscience, remorse, or delusions of morality.

But the first Predator is being harshly demoted by some of my colleagues here. Its technology, culture, and design are fascinating and make it much more of a close second IMHO.

Easy answer ALIEN #1 period. ALIEN was groundbreaking. It brought so much to Scifi and still does.  PREDATOR will always hold 2nd place. At least for me anyway...

Although the Predator is formidable on its own, it uses technology and weapons to do most of its treachery. With the Alien, well, it is just the Alien and nothing but the Alien so it is my pick. 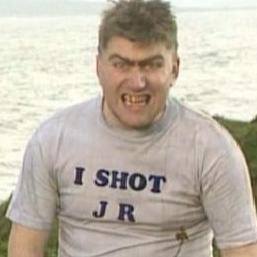