Re-analyzing the Prometheus Alien mural and what clues it offers.

Is it an Alien Queen?! No... When this scene was first analyzed fans passed it off as an obvious homage to the Xenomorph, or specifically the Deacon. It does not represent a Queen Alien, but after looking at this mural again, especially after reading Molecular's recent topic here discussing the Deacon as a proto-Xenomorph, I think I've stumbled upon a more obvious clue that this scene provided.

Look at the mural: 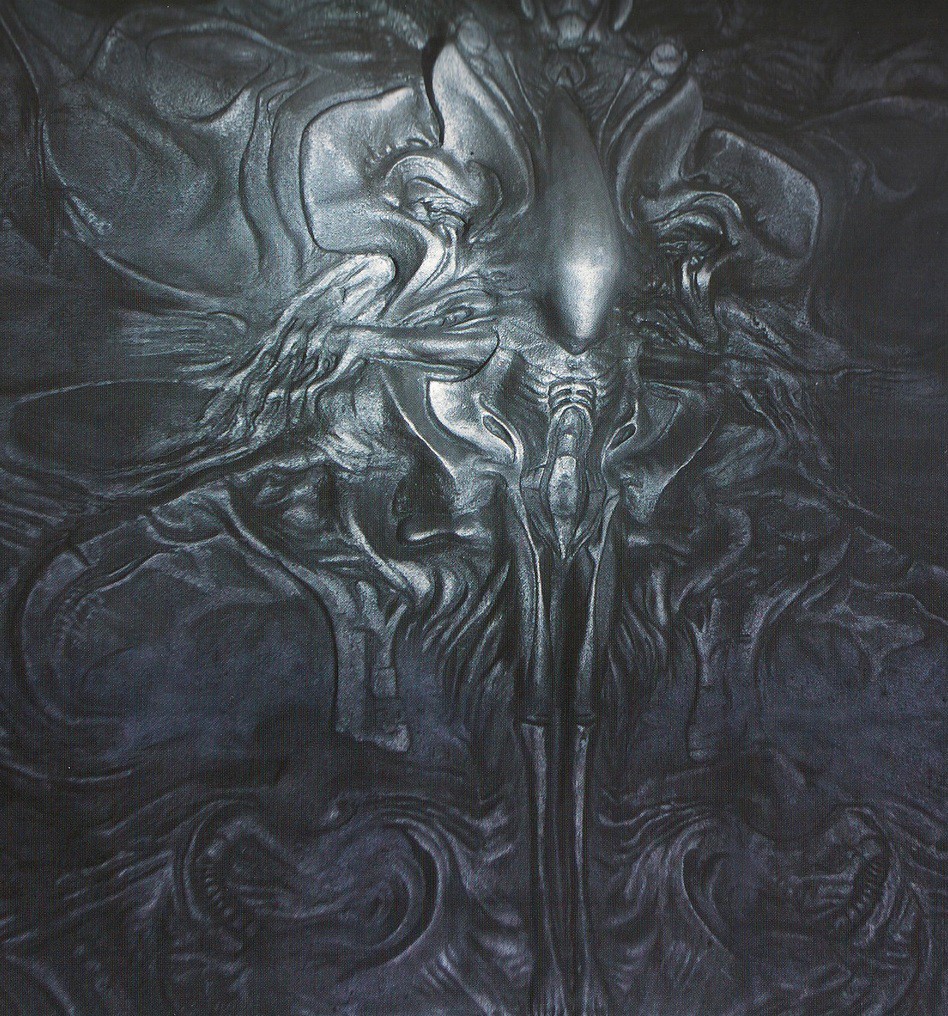 Besides the obvious figure, what do you notice?

Where was it found?

In the HUMAN chamber - a chamber with a Humanoid head structure in the center, housing ampules containing DNA altering bio-former, specifically designed to target HUMAN DNA.

Why does it NOT look like the classic Xenomorph?

Because it's not! It represents the product of unleashing the weaponized black goo on HUMANS... or something with HUMAN DNA.

This is why the creature that burst from the Engineer looks exactly like the creature in the mural. This is the product of black goo + Human DNA.

The creature in the mural is submerged / emerging.

Look at the mural again, you'll notice most of the limbs and part of the head are either partially submerged or emerging. This, to me, implies birth or creation. The curves and indents look almost liquid around the creature - which makes me automatically think of the Black Goo.

I think what this mural really shows is that the Black Goo in this room, contains the code to create whatever is emerging from this mural, when paired with living Human DNA.

Whether it affect a Human or Engineer is irrelevant because as we were shown shortly after being exposed to this room, that we share the exact same DNA as the Engineers.

This means that in order to evolve the potential of the Black Goo and the Alien weapon the Engineers engineered, it must be exposed to new materials.

What this means is that the Deacon is, but also isn't a proto-Xenomorph. Instead, it acts as a biological foundation - a foundation which I feel David will use in order to create the iconic, biomechanical Xenomorph.

32 Responses to Re-analyzing the Prometheus Alien mural and what clues it offers.

But i will be speaking to the Person who has spoken to the Source latter, they heard off them Sunday but said nothing New Really they are willing to Spill, but have just covered what they had before...

I agree with this analysis.