Just been looking on the Alien Covenant IMDB page and it appears Micheal Fassbender as just started work on The Snowman. Does this mean that principle photography for A:C will be pushed back again? They were due to start filming it in April. Will the Snowman have wrapped up by then?

Also, it looks like Arthur Max, who was the production designer on Prometheus and all of Ridley's Sci-Fi and Historical Epics over the last decade or so, as been dropped for Chris Seagers. What does this mean?

The filming started long before... :)
It should be over by the end of March...

Chris Seagers was from the beginning of Alien Covenant... IMDB probably put Arthurs name because he worked with Ridley on Martian and Prometheus (all movies till now)... IMDB is famous for mistakes...
Now, the big question is why Ridley hired different Production Designer...???

Hmm, I have my doubts when updates come from IMdB. They've reported false info in the past. As far as Fassbender's acting in Alien: Covenant, they're still on track to shoot this April. As Enoch said, I'm pretty sure Fassbender's schedule will be free at the end of March.

As for Arthur Max being replaced by Chris Seagers, I'll need to look into that. Either way, thanks for letting us know!

Hmm, I have my doubts when updates come from IMdB. They've reported false info in the past. As far as Fassbender's acting in Alien: Covenant, they're still on track to shoot this April. As Enoch said, I'm pretty sure Fassbender's schedule will be free at the end of March.

As for Arthur Max being replaced by Chris Seagers, I'll need to look into that. Either way, thanks for letting us know!

Read this article... Shooting started back
in January (Fassbender started shooting on 17th of January two days after he finished Assassin Creed; and that shooting lasted from first September till 15th January, it was filmed in Malta).

Norwegian Broadcasting (NRK) reported Monday that filming will take place in Oslo, Bergen and, in March, in Rjukan in the mountains of Telemark (SO THIS IS END PHASE OF SHOOTING). Other Oslo film locations will include Oslo City Hall, Holmenkollen and Ekeberg. On Monday, film crews were busy around Monolithen in the Frogner Park.

There is a photo from shooting of movie and its on IMDB from January... :)

Shooting of that kind of movie requires 2 months... And for the epic movie like Alien Covenant it would take around four months... (it would last longer, but Ridley is very fast!!!) 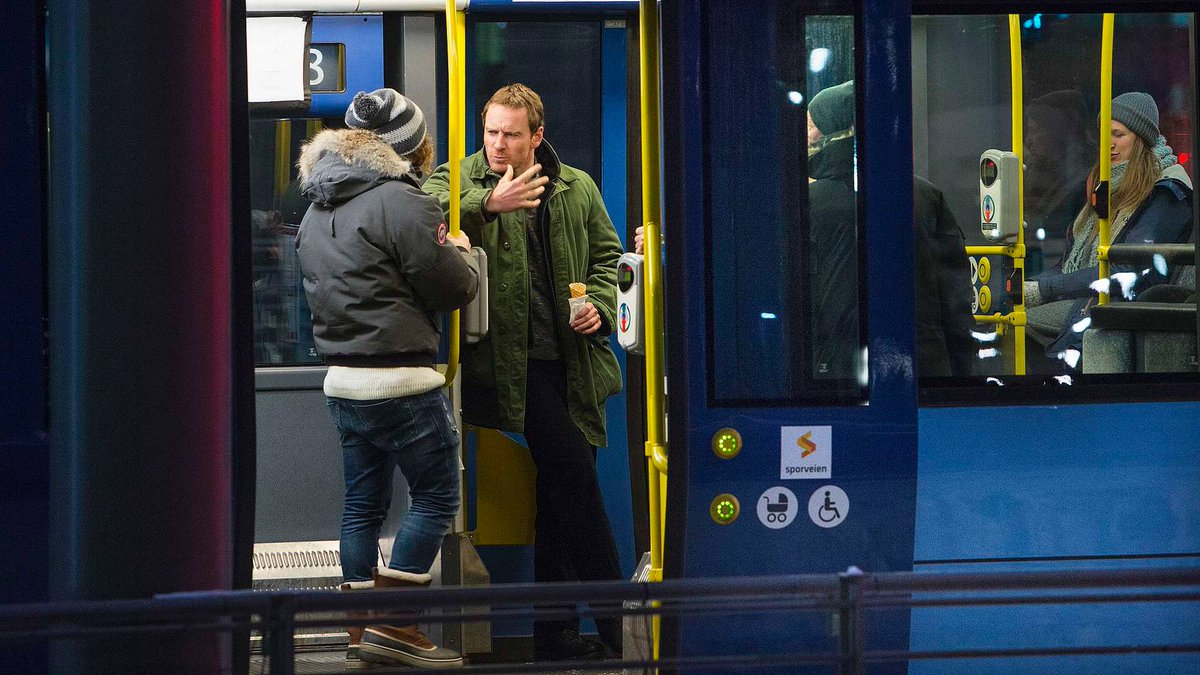 What we know about Chris Seager except he worked with Tony Scott, and was an Art director on Saving Private Ryan and production designer for: Transcendance, X Man: First Class, Fantastic Four and Johnny English ?

The change to Seagers on IMDB happened a while ago I think. In fact I seem to remember an interview late last year where Arthur Max confirmed he wouldn't return for Alien: Covenant... Let me see if I can find it again...

Ok thanx for clearing that up guys. I watched the interview, (why are the relevant parts always near the end of videos? lol. Sods law i suppose.)

I didn't know IMDB were "famous for mistakes." And "reported false information in the past." I thought that was a genuine/trustworthy source of information. So, I will bare this in mind when checking the site in future and take it with a pinch of salt.

Thanks for the Information... as for IMDB well it can be edited and so cant be taken as Gospel..