Yet another Alien: Covenant set photo has been taken and shared online! This new photo does offer a closer look at the construction of the Covenant ship. Check it out: Unless that's a smaller secondary airlock, then it must be a shuttle, rather than the Covenant.

If you blow the image up there's a step ladder plus two construction guys.

The top of the hatch is only slightly above their heads and it doesn't look wide enough to take anything substantial vehicle wise. I mean something like the RT01 from Prometheus wouldn't fit, but a smaller buggy would. 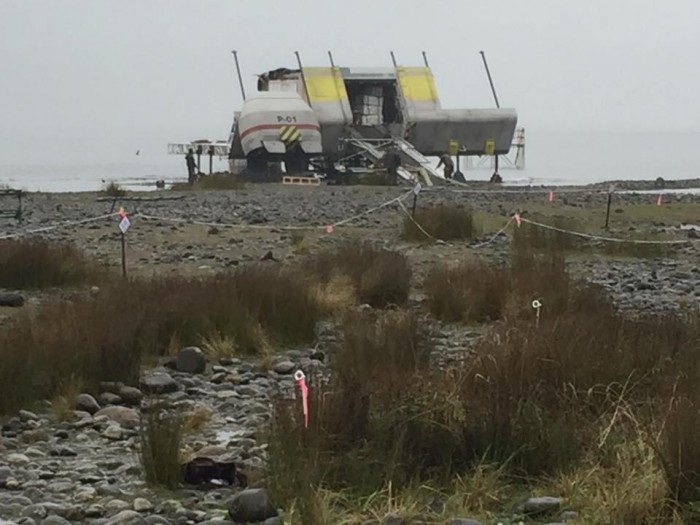 I 'd say it's a shuttle. Mothership in orbit.

P-01 looks like the engine pod(red warning circle) don't know why it's tilted? don't think this is a crash landing.