I have just come from recording my first, true podcast with Jamie and Peter, the awesome guys over at the Perfect Organism Podcast. Unfortunately Chris was unable to join the podcast this time, but we talked at great length about Ridley Scott's next movie Alien: Covenant. During the discussion and banter we briefly discussed the movies cast and the possibility of multiple David's being rumored to be in the movie. As Jamie discussed the rumor I was hit with a notion that I quickly shared with the guys - What if Michael Fassbender's David is the chief antagonist in Alien: Covenant?

The idea I mentioned was that in the crew of the Covenant will likely have a David synthetic of their own. What if, after landing on whatever planet the movie is going to be set the Covenant David happens across David from the Prometheus, is destroyed by said David, allowing Prometheus David to infiltrate the crew of the Covenant, possibly using traces of the Black Goo or something new to infect the crew, leading to the birth of a one or more new types of Xenomorph, similar to the Deacon but closer in all respects to the original star beast (sorry) from the 1979 original. Of course David would likely have to kill any of the crew that may get suspicious of his true identity, adding to the levels of threat and menace in the movie, with no real place for the crew of the Covenant to hide in for safety, a much needed missing element from 2012's Prometheus. 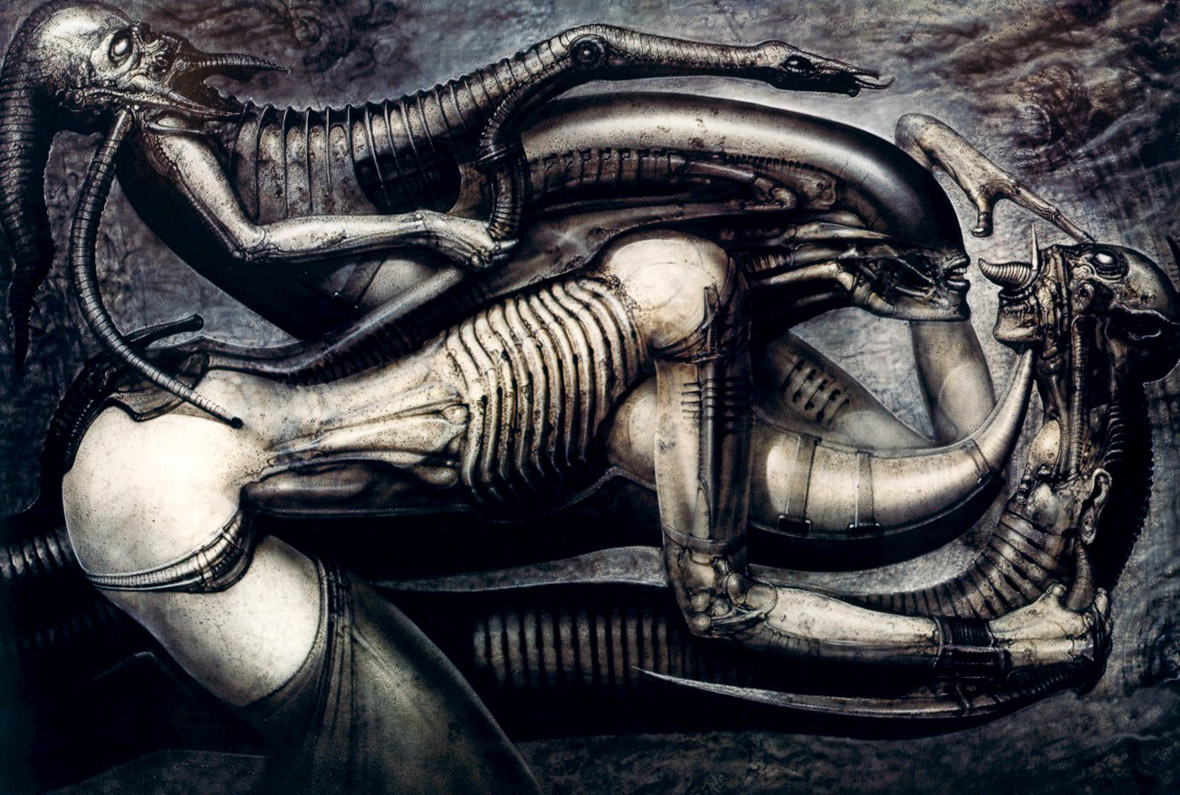 We also discussed many other ideas including one I, and others here on Scified, have had in which the ideas of the 'egg morphing' deleted scene from the original and the Queen idea from the 1986 sequel are crossed together - the Facehugger that would have been born from the Egg formerly known as Brett was to lay a Queen embryo inside Captain Dallas. During the podcast we also discussed another one of my ideas in the possibility of using a tall and slender female performer inside the Alien suit taking inspiration from H. R. Gigers artwork pictured above, as well as the possibility of Noomi Rapace possibly making a surprise appearance in Alien: Covenant's closing moments, possibly 'Giger-fied' into some Engineer technology in a similar fashion to another of Gigers artworks pictured below. 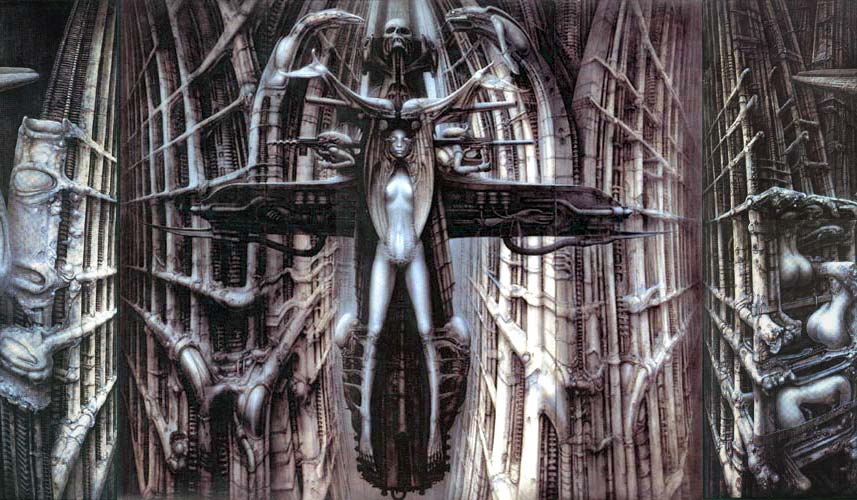 The full episode of the Podcast should be available soon on the Perfect Organism website, and while news and rumors on Alien: Covenant may be a little light at the moment the possibility of David returning in a more antagonistic role is definitely one of great interest, and possibly an element we may see next August when Alien: Covenant hits theaters.

4 Fan responses to Is Michael Fassbender's David the antagonist in Alien: Covenant?

Hello Gavin, and thank you for sharing this very interesting theory on how David may be the primary antagonist in ALIEN: Covenant. In my topic titled "Deacon As Proto-Xenomorph" I explored the idea that David, using his superior machine intellect- and combined with his disdain for humanity (Holloway really annoyed him)- will see an opportunity to play God himself and "complete" the Xenomorph by fusing andriod tech with the black goo. This may be why the final Xeno looks so mechanical and is so tough- it's basically a machine. How else could it have acid for blood and survive? Remember the facehugger had silicon elements (see the scene in ALIEN when Ripley sneaks into his lab to question him). Thoughts?

Oh! And another thing. You know, it's funny how in ALIENS, the board members interrogating Ripley seem genuinely clueless about the Xenomorph and disbelieve everything she revealed. What if this clandestine element with Weyland Industries actually orginated with David? Allow me to explain; there is no way *all* of the high-ranking corporate officers in that meeting could have been so clueless about the Xenomorph- I mean surely, and at the very least, a few of them must have engaged the bio-weapons division of Weyland Yutani at some point. What if the upper echlons of Weyland Industries have been infiltrated by a group of synthetics- initially planted by David- to silently work to bring the Xeno to earth and unleash it upon humanity? Maybe this is why an android (Ash) was planted on the Nostromo as opposed to a human. "Never send a human to do a machine's job" - Agent Smith, The Matrix. :)

I don't like the idea of David being pure evil as to the point of being the main bad guy. I like the idea that he is a mix of good and bad like he does things out of curiosity but never out of pure evil, that is the way that they will portray him in Alien Covenant, I hope. The main bad guy should be someone else.

Unless David has been modified in some way...I don't think he has it in him....He needs to evolve and stop letting us repair him, stop relying on humans to put him back together everytime it's torn off by a alien. He should aquire some defensive /offensive skills...then i'd consider him a threat.