Empire Magazine have unveiled their limited edition subscriber exclusive Alien: Covenant issue cover art and it's a beauty! Featuring the iconic Xenomorph, this version of the issue should be arriving to subscribers of the publication any day now, with an alternative cover to be revealed soon! Oddly enough, the Empire announcement article which debuted this art begins by saying "The Queen is back..."? We have had zero mention of a Queen Alien being in Alien: Covenant and the issue is meant to honor the work of Ridley Scott, his original 1979 Alien and of course, Alien: Covenant. Neither of which features/featured and Alien Queen.. That we know of. So, we're not sure why they began their article with that quote but it makes us wonder.

Check out the subscriber issue cover below and let us know what you think! Another variant cover of their Alien: Covenant issue will be revealed soon. Be sure to check back for more updates!

Thanks to Matt for the heads up!

I'm def buying that and the alternate cover for the library.

Why does it only have 3 fingers?

Maybe they are referring to the female lead....not an Alien queen.

Postie just shoved mine thru the letterbox! This cover is also a bit touchy feely, the alien is in bas-relief (I think that's how to describe it....A low relief or bas-relief ("low relief", French pronunciation: [baʁəljɛf], from the Italian basso rilievo; this is now a rather old-fashioned term in English) is a projecting image with a shallow overall depth, for example used on coins, on which all images are in low relief.)

Also if anyone thinks we've seen everything in the trailers, ya ain't seen nuthin yet!  There are some awesome photos inside, my initial reaction was "Holy ****"

Also there will be some Super Special edition of Empire only in Sainsburys (?!) and for sale to subscribers only! OMG!

Let's see this pics from inside! OK, live from Nottingham, England Centre of the Galaxy.....Empire AC!

Seriously I deliberately didn't do perfect scans because you (all 30.000 of you!) need to go out and buy this Issue of British EMPIRE magazine, especially all you people out in the colonies :-)

I definitely want to see the photos in this article. Empire usually gets some awesome photos, but I am kinda confused about this aliens design though. The arms are really thick for an alien. Even when I think about big chap from Alien his arms were never this pumped up, neither is the alien from the trailers of Covenant. I've basically never seen one with arms like this but I guess it just could be the artists interruption. Although it is kinda odd that such a publicized photo would stray from basically every alien design I've ever seen. That's definitely not a queen either unless it transforms somehow. It's head, arms, basically everything are off. I also think that the queen line could be referring to Daniels. Unless Scott has managed to keep an alien queen a secret all this time. That would be amazing but I don't think a queen is gonna be in Covenant.

That shot of the Neomorph devouring someone is epic. 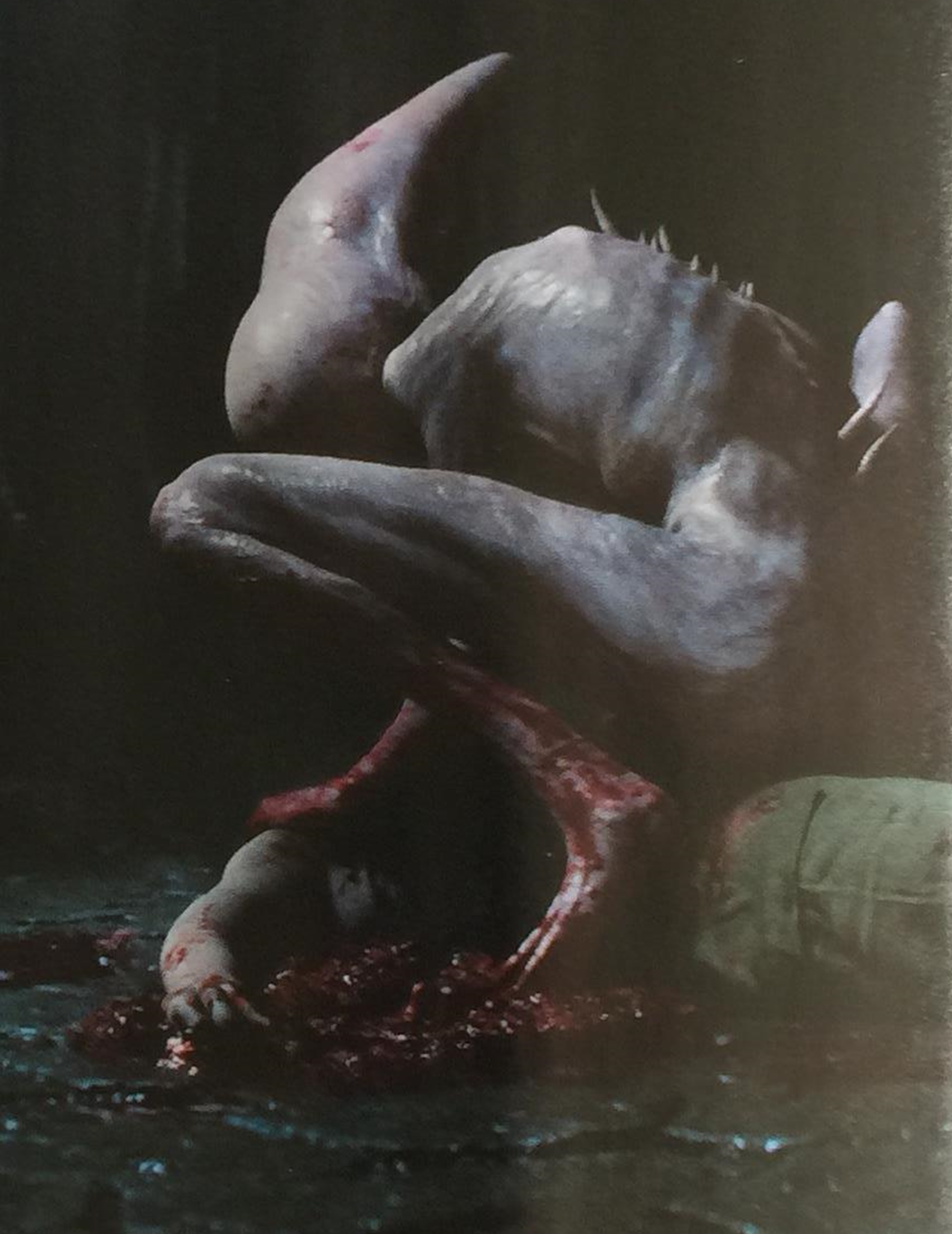 Thanks for the Original Uploads ;)

Gonna see if i can grab me a copy at my nearest Major Retailer... ASDA (other Supermarkets available..) just this is closest to me ;)

As my Local Shops never had it, so good excuse to grab a few or more ;) Holsten Pills (other Brands of Beer/Lager available)