Alien: Covenant will burst onto cinema screens in May - and as a teaser for the franchise's latest instalment, Audible is today announcing terrifying new audio play River of Pain.

Based on the 2014 novel, Alien: River of Pain is set between the first and second films in the franchise and chronicles the birth and backstory of Aliens' Newt.

Star Trek and Game of Thrones actor Alexander Siddig appears in the play - which explores the destruction of Hadley's Hope, a research and mining colony in 2157 - as part of an all-star cast.

"I'm a massive commercial movie freak," Siddig told Digital Spy. "I sort of lost track of the Alien movies a bit - quite a lot got made! But I really enjoyed the first one and was always interested in watching the subsequent ones. 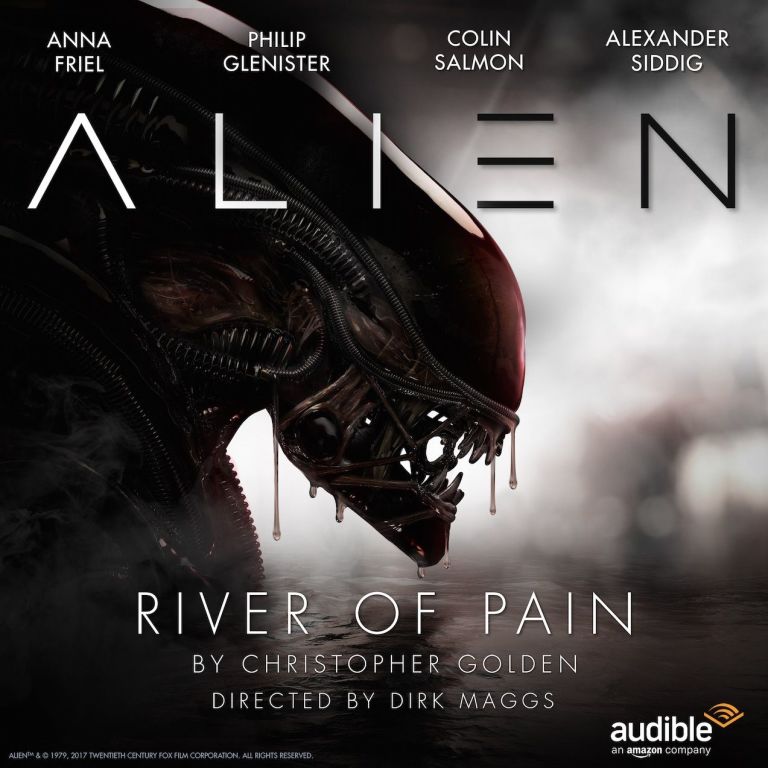 "Recording this, I recognised a lot of the tropes. A young child, vulnerable, a big empty space station, lots of eggs... very suspenseful and terrifying situations which is pretty much the refrain of most of the Alien movies."

Siddig's character - the ruthless Doctor Reese - is described by the actor as "a monster" and like Frankenstein in space: "He puts science above everything - and puts everybody at enormous risk because of it. I'd like to say, 'But he has a heart' - but I'm not sure he does. I couldn't find it!"

Of course, many of the most memorable parts of the Alien franchise - the face-huggers, the aliens themselves - would appear to be visual. But Siddig thinks that, as the old adage goes, the pictures are better on radio.

"I just watched Warcraft and it just looks kinda poor!" he said. "But if I'd imagined a knight, or an astronaut, or a vast expanse I'd do a much better job of it than most designers! So I think radio unfetters the mind and lets the imagination get involved."

Alien: River Of Pain is available to pre-order now at www.audible.co.uk/RiverOfPain.

I might have to pick this up some day.

The book was excellent!!! This will be fantastic!

Too bad I've already read it. Dang it! XD

I bet there will be differences between the book and the audio.  Oh and Thank You Iraptus, DKU, and Diwaz

Wasn't there a trilogy linking the first and second films?